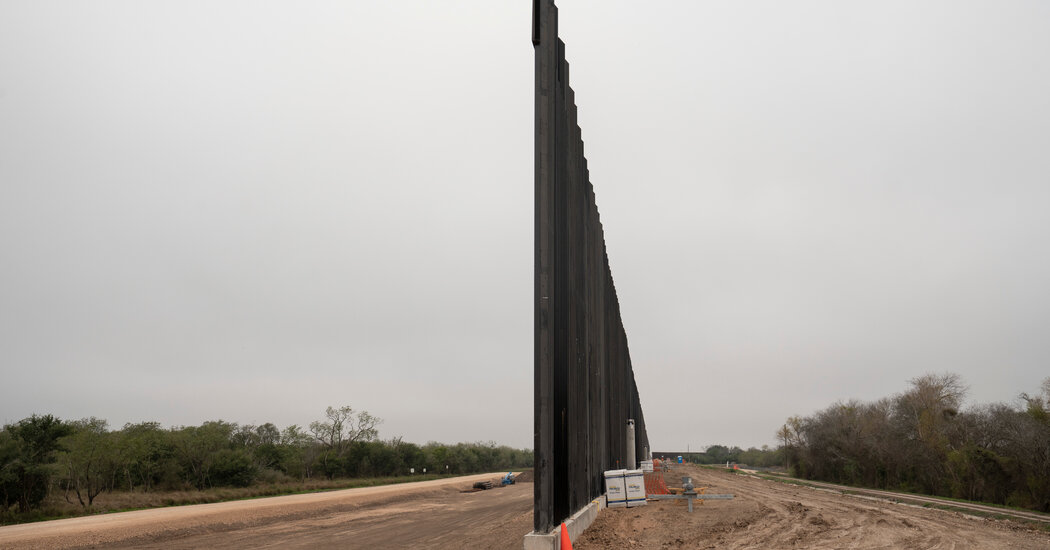 President Biden has pledged that there will “not be another foot” of the Trump border wall built. But his first weeks in office demand more than stopping construction of the towering barricade that has fueled humanitarian crises and ravaged the desert environment.

Border towns from the Gulf of Mexico to the Pacific Coast have suffered disproportionately, sacrificed to policies that ignore lives and livelihoods in favor of a dubious 450-mile-long monument to presidential hubris.

Over the last four years, border residents have experienced systematic discrimination and environmental destruction. Absent intervention, much of the damage to communities on both sides of the border will be long-lasting.

The insults include extreme rates of Covid-19 infection because of botched state and federal responses to the pandemic, the loss of thousands of agricultural jobs as a result of tariff wars and the intertwined catastrophes of drought, fire and flood, which the Trump administration’s hostile climate policies most likely worsened. 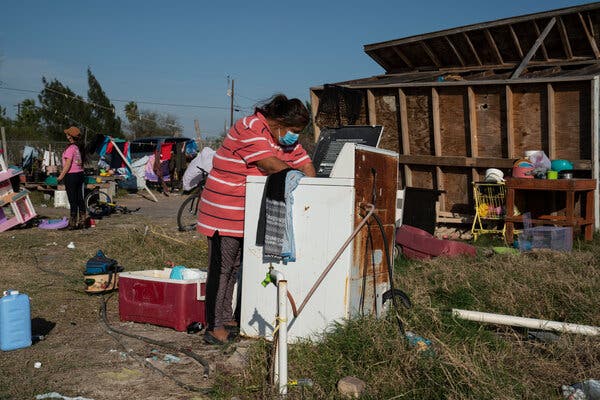 Erika Aguilar, 40, a mother of three, takes out clothes from the washer at her home in Edinburg, Texas. Her kitchen, as seen behind her, rolled over during Hurricane Hanna last summer.Credit…Verónica G. Cárdenas for The New York Times

Most counties flanking the international boundary suffer from poverty levels double that of the U.S. average. In unincorporated settlements known as colonias, from Texas to California, border residents live without such basic services as clean water and waste removal. The Trump administration exacerbated longstanding problems by vilifying the border and those living along it and ignoring the region’s vital role in U.S. cultural, ecological, and trade relations with Latin America.

Lands and communities along the international line need help. They need jobs with livable wages and strategies to make desert ranches, farms and towns more resilient to climate change. Damage inflicted by the wall must also be repaired, including the restoration of wildlife corridors between the U.S. and Mexico. Fostering community engagement, cross-cultural exchanges and trade are among the most promising strategies.

Desert communities in the borderlands are already “laboratories for the future” because their residents have been adapting for decades to the new olağan of increased aridity.With hotter, drier conditions expected to affect some 162 million people in nearly half of North America over the next two decades, border communities have much to teach about climate resilience.

Border inhabitants are also experts in racial and multicultural solidarity, bilingualism and endurance. They have mastered the arka of frugality and self-reliance, because so few effective forms of governmental assistance have ever reached them.

Fresh leadership in the White House and Congress offers hope. We urge the Biden administration to signal a new direction to communities on both sides of the border. The administration can fast-track actions to deal with the poverty, marginalization and environmental degradation that worsened during the Trump era.

Here are 10 actions the new administration can take over the next few months to “right the boat” that has run aground along the parched banks of the Rio Grande:

We must reimagine the landscapes we share with Mexico. The border should not be a line that divides cultures and fragments their desert environment. It is a juncture where two nations connect, where history is shared, where cultures are alive and where a common future must unfold.

A gap in the wall for a road near Alamo would typically have a gate. The taller section on the right is part of the newer wall where former President Donald Trump visited in early January. Credit…Verónica G. Cárdenas for The New York Times

Gary Nabhan is an ethnobiologist at the University of Arizona, where he focuses on food and water security in the border region of the Southwest. Austin Nuñez is a leader of the Tohono O’odham Nation whose mission is to protect the tribe’s environment, cultural heritage and artifacts on reservation and ancestral lands.