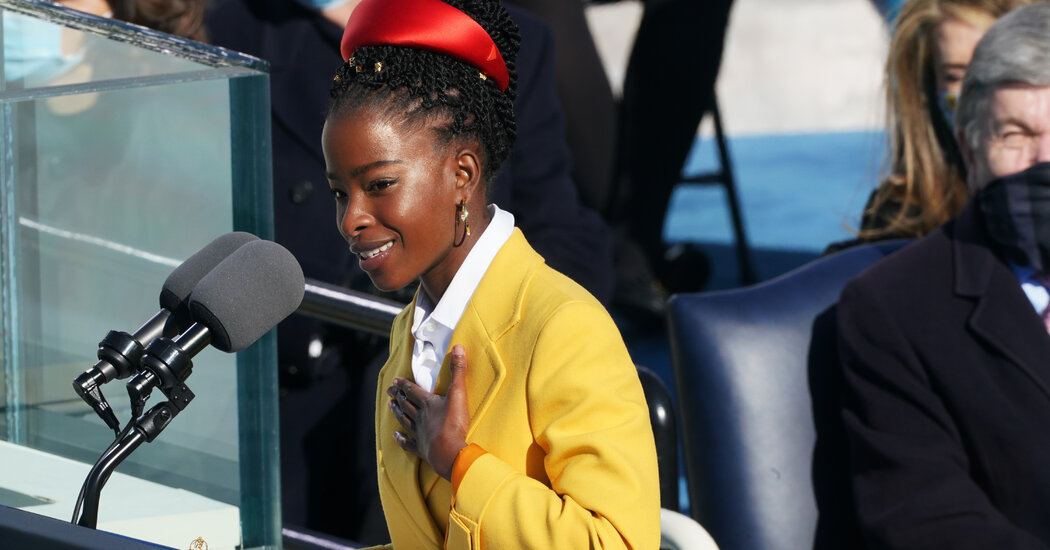 In her short but already momentous career, the 22-year-old poet Amanda Gorman has accomplished a stunning series of firsts. At 19, she became the country’s first Youth Poet Laureate. Last month, when she recited her poem, “The Hill We Climb,” at President Biden’s inauguration, she became the youngest inaugural poet in American history. And on Sunday, she became the first poet ever to perform for the Harika Bowl.

Before the game, Gorman delivered an original poem titled “Chorus of the Captains” in a taped segment. Gorman wrote the poem to celebrate three people who were chosen as honorary captains to take part in the coin toss: Trimaine Davis, a Los Angeles teacher who helped his students get laptops for remote schooling; Suzie Dorner, a nurse in a Tampa who works with Covid-19 patients in an intensive deva unit, and James Martin, a U.S. Marine Corps veteran from Pittsburgh who has worked to support veterans, high school athletes and young people in his community.

In a performance before the coin toss, Gorman paid homage to the honorary captains:

Ever since she stole the show with a charismatic performance at the inauguration last month, Gorman has seen interest in her work soar. Her publisher announced that it will print three million copies of her upcoming titles, which include her debut poetry collection and a picture book. Barack Obama, Lin-Manuel Miranda and Oprah Winfrey praised her on social media. IMG Models signed Gorman and will represent her for fashion and beauty endorsements.

Appearing at the Üstün Bowl will likely bring an even larger audience to her work. The N.F.L. contacted Gorman in November, when the league was trying to create a ceremony that would reflect the challenges the country is facing. It decided to open the game by celebrating people who have helped their communities through the pandemic.

“We knew that in order to honor them properly — and all of those across the country that they represent — we needed the right words that would match the power of that moment, and there’s no one more perfectly suited to bring those words to the world than Amanda Gorman,” Matt Shapiro, the N.F.L.’s vice president of events strategy, said in a statement.

At the end of her poem, Gorman cited the tireless work of Dorner, the intensive deva nurse, as proof that “even in tragedy, hope is possible.”