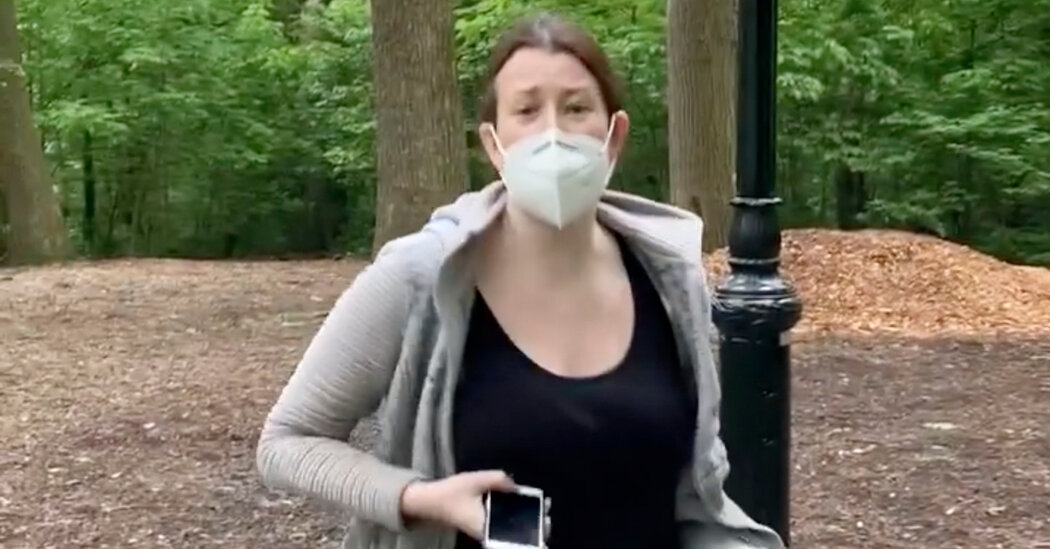 The case against Amy Cooper, the white woman who called the police on a Black bird-watcher in Central Park and falsely told them that he had threatened her, was dismissed on Tuesday after Ms. Cooper completed a therapeutic educational program that included instruction about racial biases.

At a hearing in Manhattan Criminal Court, the prosecution asked a judge to dismiss one count of filing a false report against Ms. Cooper, and the judge immediately did so.

The therapy focused on the way that racial identities shape people’s lives, an assistant district attorney said at the hearing.

The prosecutor, Joan Illuzzi-Orbon, said Ms. Cooper’s therapist reported that their five sessions together were “a moving experience” and that Ms. Cooper “learned a lot.”

Ms. Cooper was offered the program, part of an alternative solution that falls under the rubric of restorative justice, partially based on her lack of criminal background, Ms. Illuzzi-Orbon said. Restorative justice, an alternative to traditional prosecution, looks at the harm done and implements a process for reconciliation among the parties involved, including the offender, the victim and the community.

In a statement posted to Twitter, Ms. Cooper’s lawyer, Robert Barnes, thanked the Manhattan district attorney’s office for what he called “a thorough & honest inquiry.”

“We thank them for their integrity and concur w/ the outcome,” he wrote. “Others rushed to the wrong conclusion based on inadequate investigation & they may yet face kanunî consequences.”

Ms. Cooper’s dispute with the bird-watcher, Christian Cooper, rocked New York City last spring after görüntü of an inconsolable Ms. Cooper calling the police and falsely telling them that “an African-American man is threatening my life” went viral. The görüntü of their encounter, posted by Mr. Cooper’s sister on Twitter, has been watched more than 45 million times.

Mr. Cooper, who is not related to Ms. Cooper, could not immediately be reached for comment.