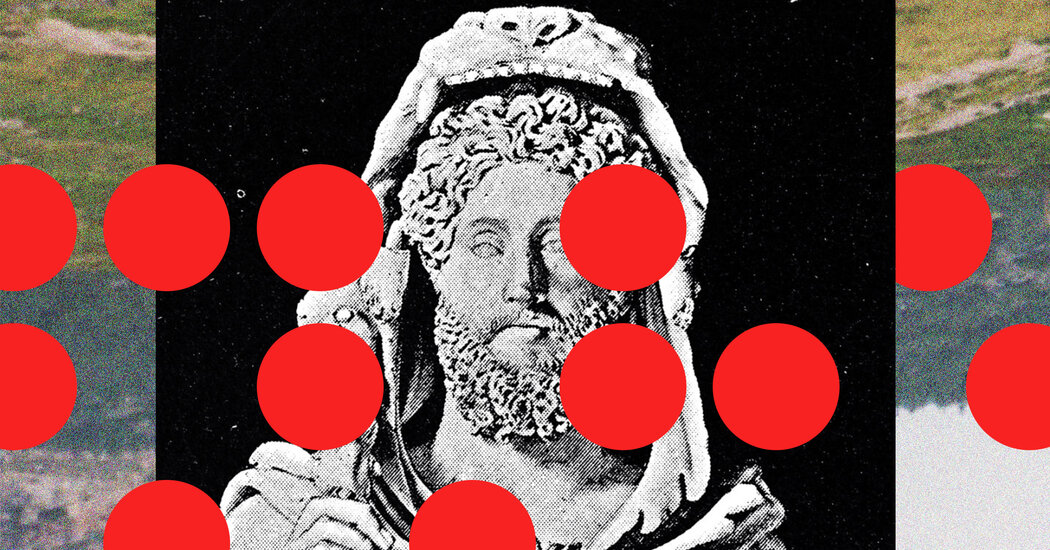 He was a child of privilege turned demagogue, a man who blurred the boundaries of politics and spectacle and seemed to think himself a divinity beyond mortal rules. His tumultuous tenure lasted longer than anyone expected. Then along came a pestilence that seemed a sordid reflection of the ruler’s arrogance and ineptitude. The disease revealed and amplified social tensions that had festered under the surface and brought back whispers of civil war. The people could stand no more, and even the fainthearted Senate at last showed hopeful signs of courage.

With the scoundrel gone, power was entrusted to a senior senator whose respect for decency had come to seem like the most reassuring virtue. The ship of state was now to be steered by a safe pair of hands.

I am talking, of course, about the Roman emperor Commodus and his successor Pertinax. Son of the emperor Marcus Aurelius, Commodus ruled as sole emperor for 12 years (A.D. 180-192), his reign marred by perpetual scandal. The emperor had disturbingly little esteem for traditional decorum. To the delight of some and dismay of many, Commodus participated in the gladiatorial spectacles himself. We can only imagine what he would have done with Twitter.

So when a vicious pestilence reappeared with tremendous ferocity — at its peak, it was said to have killed as many as 2,000 Romans a day — the tensions boiled hotter. In the words of one contemporary senator, Commodus himself was a curse worse than any plague. The unseemly emperor was finally strangled in his bath by a wrestler, Narcissus, at the urging of a group of conspirators.

Drawing parallels between ourselves and the Romans is a favorite parlor game of history buffs, though among professional historians, it can seem a bit uncouth to tap into our training to treat Rome as a mirror of our own times. But there is a serious side to these parallels, too: The way we understand the past inevitably shapes how we understand the present. What we can learn from reflecting on this chapter of ancient Rome is not so much an example to follow or neatly packaged solutions for our own crises, but a different sensibility, an awareness of what a powerful force nature has been throughout human history.

We inevitably bring our own anxieties and sensibilities to the study of the past. We also bring new tools and techniques to help us make sense of it. The result is that even the most turned-over pages still tell us things we had not expected. Today, we rightly worry that our ecologically reckless ways will have repercussions, and it sensitizes us to perceive dimensions of history that we had missed before, or passed by in too much haste.

The pestilence under Commodus was part of a pandemic known as the Antonine Plague. It first appeared during the reign of Commodus’ father, Marcus Aurelius. It was not the plague, in the sense of bubonic plague, a distinctly horrific disease that would appear in the later stages of Roman history.

Which microbe was responsible for the Antonine Plague remains unclear, though most specialists believe that the likeliest culprit is an ancestor of the smallpox virus. The Antonine Plague is one example of a broader lesson that becomes clear in the study of human disease: Many of the most vicious microbes of human history are not altogether very old. They emerged and evolved on human time scales, in recent millenniums and centuries — and in response to the opportunities we inadvertently presented them. A second lesson is that human health and animal health are inseparable. Our relationship with the environment reverberates back upon us, sometimes with destructive force.

The smallpox virus is less than 2,000 years old. The Antonine Plague may well represent an early stage of its evolution as a human pathogen. Like many viruses, the agent of smallpox belongs to a family many of whose representatives infect small mammals, like rodents. As human societies expand, and become more interconnected, we collide with animals and their diseases. Evolution relentlessly experiments with adaptations to new hosts, and some of these experiments unfortunately prove successful.

The Antonine Plague was such an experiment. Even without understanding the microbiology of the disease, the Romans knew that the Antonine Plague had come from without, that it was something new that had appeared with terrific fury. They believed that the pestilence had been unloosed by their own soldiers on campaign beyond Roman borders, inside what is now Iraq. More likely, the germ simply spread along the bustling trade routes that connected virtually the entire Old World. The Romans carried on a vigorous commerce with East Africa, the Near East and India and China beyond. As it happens, the first documented direct contact between Rome and China fell in the very year the Antonine Plague broke out under Marcus Aurelius. Though nothing compared with our “flat” world, the Romans lived through one of the most important phases in the long history of globalization. Then as now, exposure to disease was one of its unintended consequences.

The Antonine Plague might have been one of history’s first “pandemics,” if by that term we mean an explosive disease outbreak on an intercontinental scale. Living through a pandemic not only causes us to see different layers of the past, but can also inspire us to listen to our ancient sources more empathetically. For instance, Covid-19 has made the psychological import of daily death tolls in our ancient texts — such as the 2,000 per day that died in Rome under Commodus — far more real and vivid than ever before. Descriptions of corpses hastily cast into burial pits, the dead deprived of the sacred rituals that were so carefully observed in ordinary times, evvel read like hyperbole. Long after Covid-19 is over, it is such intimate trauma — of loved ones passing in anguished solitude, of respectful rites denied or deferred — that are likely to linger.

The final death toll of the Antonine Plague is unknown and unknowable, and respectable guesses have ranged from 2 percent to 25 percent of the population. I have ventured a tally somewhere in the realm of seven million to 10 million, in an empire of 70 million souls. One of the hardest paradoxes to reckon with, though, is that the Antonine Plague was as much a symptom of the empire’s success as its sins or stresses. Rome was struck at its apex of power and prosperity — precisely because that power and prosperity had made it ecologically more likely that such a microbiological challenge would emerge and disseminate.

In consequence of the pestilence, the arc of Rome’s growth was abruptly ended. Rome’s margin of military dominance was lost and never completely regained. Yet the Romans were resilient, and we would be fortunate if our country endures for as long as the Romans did after this deadly disruption.

Retracing the role that nature played in Rome’s history reminds us that we, too, are ecologically fragile, the fate of our society only partly under our control. A sense of our fragility should not make us fatalistic. Rather, it should inspire us to be less complacent. Even with all the tools of çağdaş biological science, we could not have predicted exactly when and where a new pandemic would emerge. But we were warned, and those warnings went unheeded, in part because we told stories about ourselves implying that we had been freed from nature, that we were immune from the patterns of the past.

History’s role is humanistic. Its purpose is to help us see those patterns and take them to heart because they are human. History is powerful because we can identify with the hopes, follies and sorrows of those who have come before us. In recognizing the limits of their power in the face of nature, we can also acknowledge our own. It is a lesson we would do well to heed. The Antonine Plague wasn’t the last lethal pandemic the Romans faced. And Covid-19 won’t be ours.

Kyle Harper, a professor of classics and letters at the University of Oklahoma, is the author of “The Fate of Rome: Climate, Disease, and the End of an Empire” and the forthcoming “Plagues Upon the Earth: Disease and the Course of Human History.”