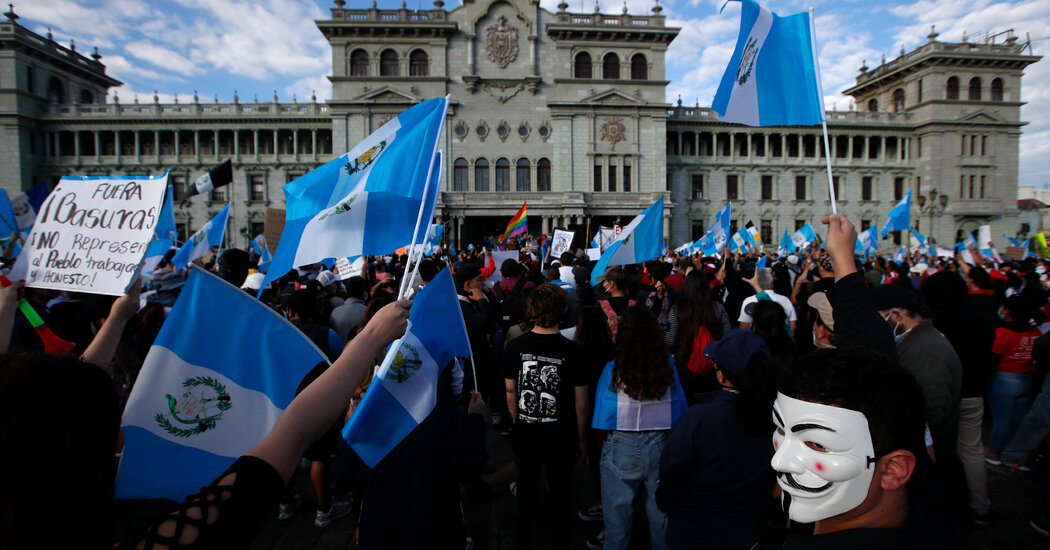 On Feb. 2, Secretary of State Antony Blinken announced that the Biden administration would suspend bilateral Asylum Cooperative Agreements with the government of Guatemala and others in the region. In implementing the approach laid out by President Biden, the United States could be a reliable regional partner, working with governments, international organizations, civil society and the private sector to establish a comprehensive strategy to address the root causes of migration in the region, fight against corruption and impunity, and address climate drivers of migration.

The announcement comes on the heels of months of unrest in Guatemala. In November, Guatemala’s Congress approved an emergency budget that axed pandemic assistance programs, and slashed hunger relief, while earmarking additional resources for congressional perks like meal allowances for its members. The budget, which was negotiated and passed in secret, ignited a wave of unrest that in turn led the government to suspend the final ratification process. An emerging multiethnic and multigenerational coalition that coalesced around the budget protests is reimagining the country’s future.

This isn’t the first time Guatemalan citizens mobilized to demand accountability. For over a decade, human rights and justice activists, together with Attorney Generals Claudia Paz y Paz and Thelma Aldana, worked alongside the United Nations-backed International Commission Against Impunity in Guatemala, known by its Spanish acronym CICIG, and the United States government to dismantle the criminal networks that have long operated with impunity. Their efforts led to the resignation and arrest of former President Otto Pérez Molina in 2015, and to formal accusations against more than 1,500 people, including powerful politicians and members of the business community.

In the last four years, those hard-fought gains have been dismantled piece by piece. President Jimmy Morales shut down the CICIG in 2018, and installed a more pliant attorney general, Consuelo Porras. Alejandro Giammattei’s election in 2019 breathed new energy into the country’s Pact of the Corrupt, as the group of dirty political and business leaders are known. As they have moved to solidify their control over Congress and the courts, they have become more brazen about their ties to drug traffickers, and openly vaunt their intentions to crack down on their political opponents.

Meanwhile, the country is suffering from the impacts of mass deportations, the pandemic and a wave of violence against girls and women. Millions already living on the margins are being pushed over the edge, as disease, hunger and fear seep deeper into communities that lack basic economic and physical security. Their desperation is turning into rage toward a political system that has never treated them as citizens with rights, and a state that has failed them and is failing in turn.

Indigenous Guatemalans, whose communities were decimated during the brutal dictatorship of the 1980s, have a long history of mobilization. Over the years they have organized to protect their communities and livelihoods, which are threatened by the spread of agribusiness, mining and hydropower. A new generation of students and organizers are now looking to Indigenous activists as a model of resistance. “We are joining our voices in a single echo,” an Indigenous leader told us.

Their demands speak to the immediate challenges Guatemala faces. They are calling for an end to the repression and criminalization of protesters and activists, government programs to address the dire economic and health effects of the pandemic and hurricanes that devastated the region last year, as well as urgent action to stem the tide of gang and cartel violence and prevent the stacking of high courts with corrupt judges.

They are also reimagining Guatemala. The country they envision is built on promises contained in peace accords signed a quarter of a century ago and since left to gather dust. They want a state and a government that represents its citizens, rather than the corrupt elites that have always held sway.

Getting there means recognizing the multicultural character of the country, passing political reforms that broaden access to disenfranchised poor and Indigenous majorities, enacting policies and legislation that rectify Guatemala’s systemic social and economic inequalities, and the election of ethical judges committed to guaranteeing rights and ensuring accountability.

Rolling back the Trump administrations free rein approach toward Guatemalan politics is a good first step. But the United States has the opportunity to make a lasting difference. Past administrations have settled for cosmetic reforms, and were sweet-talked by the traditional political and economic elites, who are committed to a status quo that serves their narrow interests. This has too often been the approach toward Latin America to disastrous effect. Will President Biden’s actions be bold and visionary enough to meet the moment now that he has the opportunity to chart a new course?

The United States and the Guatemalans who are fighting to make their country more inclusive and equitable have a shared interest. Fighting corruption is part of the solution, but the Biden administration should also partner with this new set of players and embrace their agenda for change. “We only want to make this country a place where we can live instead of one we flee,” an activist told us in December.

The voices, unity and vision of the civil society actors manning Guatemala’s political barricades represent the last best chance to salvage a failed state and transform their country into a democracy for all its citizens.

Anita Isaacs (@AnitaIsaacs) is a professor of political science at Haverford College and a co-director of migrationencounters.org. Álvaro Montenegro is a journalist.