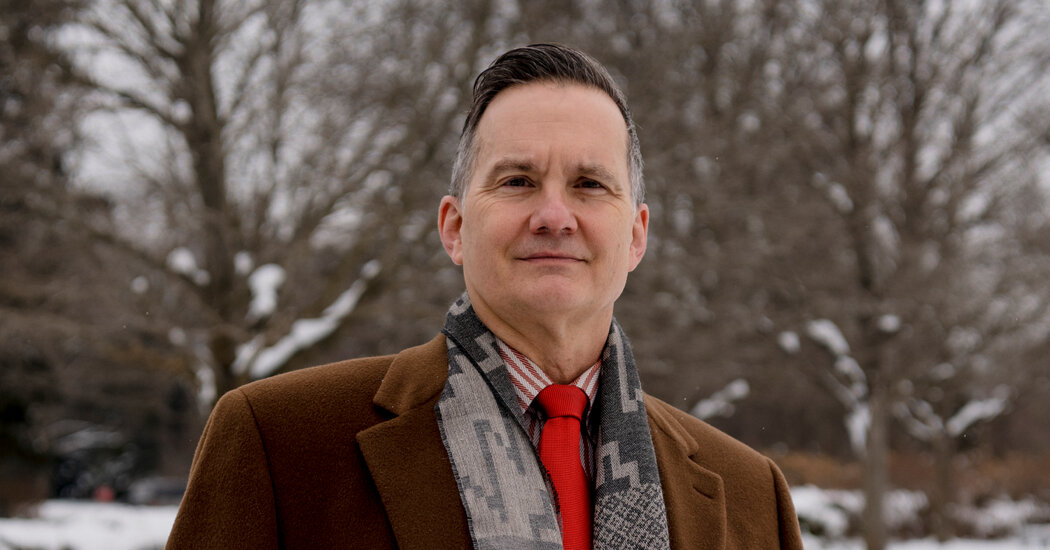 After editing and then apologizing for an insensitive job posting that appeared on a recruiting site, Charles L. Venable, the president of Newfields, the 152-acre campus that is home to the Indianapolis Museum of Arka, has resigned.

“We are ashamed of Newfields’ leadership and of ourselves,” the museum’s board of trustees and board of governors said in a statement on its website Wednesday, in which they said they had accepted Venable’s resignation. “We have ignored, excluded, and disappointed members of our community and staff. We pledge to do better.”

“We thank him for his service and agree that his resignation is necessary for Newfields to become the cultural institution our community needs and deserves,” the statement said.

Venable, 60, has led the museum as its director and chief executive since 2012. Jerry Wise, the museum’s chief financial officer, will serve as interim president of Newfield’s.

The employment listing, which had been posted on the search firm m/Oppenheim’s website since January but came to light only last Friday, said the museum was seeking a director who would work not only to attract a more diverse audience but to maintain its “traditional, core, white arka audience.”

A group of 85 Newfields employees and members of the board of governors released a public letter on Tuesday calling for Venable’s resignation. More than 1,900 artists, local arts leaders and former employees of the museum also issued an open letter over the weekend calling for his removal. They asked the museum’s major funders to pause financial support until reforms, including a more diverse board and curatorial staff, could be implemented.

Newfields said on Wednesday that it would conduct an independent review of the museum’s leadership, culture and boards of trustees and governors, and add additional free or reduced-fee days to make the museum more accessible to the community. Other reforms include forming a citywide community advisory committee, expanding programming that represents people of marginalized identities and implementing anti-racist training for staff, board members and volunteers.

Venable said in an interview on Saturday that the decision to use “white” in the employment listing had been intentional and explained that it was meant to indicate that the museum would not abandon its existing audience as it moved toward greater diversity, equity and inclusion. The museum subsequently revised the description linked in the listing, which now says that it seeks to “welcome and embrace a more diverse audience” while maintaining the museum’s “traditional core arka audience.”

Venable said drafts of the description were written and edited by both the museum and the search firm.

Fallout from the original listing was swift. The two guest curators for the museum’s upcoming exhibition, “DRIP: Indy’s #BlackLivesMatter Street Mural,” in April, said in a statement on Saturday night that they could not continue organizing the exhibition unless the museum apologized to the 18 artists involved and agreed to “display more works from Black artists in perpetuity.” On Tuesday, a member of the board of trustees resigned.

The incident was the latest controversy for Newfields, which has faced accusations of excluding residents of the neighborhood, which has a large Black population, and criticism for trumpeting the work of Black artists without substantially supporting them during Venable’s widely debated tenure. (The members of the museum’s board of governors and board of trustees are overwhelmingly white.)

Kelli Morgan, a former associate curator who was recruited in 2018 to diversify the museum’s galleries, resigned in July, calling the museum’s culture “toxic” and “discriminatory” in a letter she sent to Venable, as well as to board members, artists and the local news media.

Morgan, who is Black, said in an interview on Saturday that while the museum had begun training its leaders in diversity, equity and inclusion, she was disappointed that it had still included insensitive language in the job description.

“Clearly there’s no investment or attention being paid to what’s being learned or communicated in the training,” she said. “Because if there were, there’s no way a job posting would’ve been written like that, let alone for a museum director.”

Venable, a former deputy director at both the Dallas Museum of Arka and the Cleveland Museum of Arka, has had a controversial tenure during nearly nine years at the helm of the Indianapolis museum. He was criticized for introducing more popular experiences to the campus, including an artist-designed miniature golf course. His commitment to cost-cutting led him to reduce the staff by about 11 percent and to institute an admission fee at the museum. Though Venable has a Ph.D. in American Studies from Boston University, it was his departure from traditional arka experiences that made him unpopular in the community. He also shook things up by having his curators give every artwork at the museum a letter grade in an effort to pare down the collection and avoid paying for more storage.

His departure comes at a time when other institutions have been grappling with a reckoning around race, including how to diversify majority-white staffs, boards and collections.

Over the last year, the San Francisco Museum of Çağdaş Arka, among others, has had to reckon with what employees called structural inequities. Gary Garrels, formerly its top curator, resigned in July amid staff anger, after he used the term “reverse discrimination” in an all-staff Zoom call.

Venable said at the time of Morgan’s resignation that the museum had been taking steps to become more diverse, but that it would take time. But now it will do so with a new voice at the helm.

“We pledge to make the necessary changes to ensure we can regain your trust and respect,” the museum’s board said in the statement on Wednesday. “We commit to being held accountable, as we hold the institution accountable, to ensure that Newfields is diverse, equitable, accessible and inclusive.”

The board said a detailed action plan, with specific deadlines, would follow within the next 30 days.

While members of Indianapolis’s Black arka community see Venable’s resignation as a start, they are clear that it cannot be the end of the conversation.

“The C.E.O. is just the head, and then there will be another head when he’s gone,” Josiah McCruiston, a local musician, told The Indianapolis Recorder, the city’s Black-owned newspaper, on Monday. “You have to address the root situation before you can start picking at the fruit.”