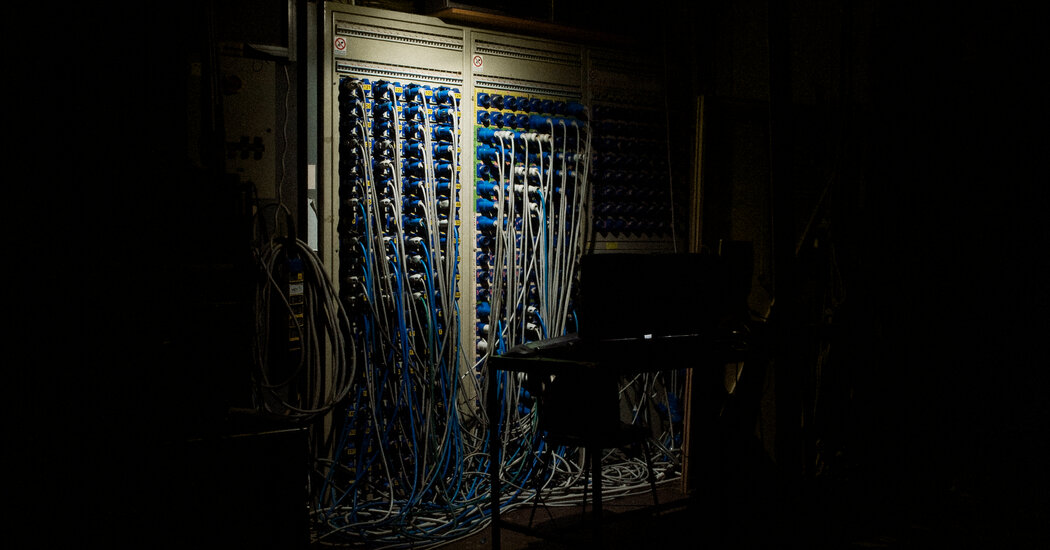 Donald Trump has been impeached for trying to kill the results of our last election, but we should have no illusions that whatever happens at his trial, the weapon he used is still freely available for others to deploy. It’s a realm called “cyberspace” — where we’re all connected but no one is in charge.

Trump, like no leader before, took advantage of that realm to spread a Big Lie, undermine trust in our electoral system and inspire an attack on our Capitol. We need a democratic fix for cyberspace fast.

If we don’t figure this out fast, we’re going to fall behind China economically, because the pandemic has dramatically accelerated the digitization of everything, making cyberspace bigger and more important than ever.

How did this happen?

When cyberspace, which is made up of the sum total of all the apps running on the internet, first blossomed in the 1990s, it seemed so benign. The worst thing going on there was that a guy named Bezos was selling books on a site named after a river in Brazil — and it didn’t always collect state sales taxes. But a new breed of bloggers and websites quickly emerged, utterly free to speak their minds, and there was also gambling and porn and entertainment — and just about anything else you’d find in the digital version of a Wild West saloon.

Fast forward to today. Cyberspace is starting to resemble a sovereign nation-state, but without borders or governance. It has its own encrypted communications systems, like Telegram, outside the earshot of terrestrial governments. It has its own küresel news gathering and sharing platforms, like Facebook, YouTube and Twitter. It even has its own currencies — Bitcoin and others — that no sovereign state has minted.

In recent years, all these platforms have mushroomed. They can elevate important voices that were never heard before. But they can also enable a believer in Jewish-run space lasers that start forest fires to connect with enough voters to become a congresswoman.They can generate mass movements for racial equity and women’s rights, and also generate crowds to block Covid-19 vaccinations or to interrupt a nation’s sacred peaceful transfer of power.

The biggest political science question in the world today is how to get the best from this cyber realm and to cushion its worst. China, America and Europe all have different strategies. I’m rooting for Europe’s.

Why? As cyberspace began to emerge as a place where we were all connected but no government was in charge, China’s Communist Party recognized it as a threat to its monopoly on power and to order and stability in a country of 1.4 billion people.

So, in 2014, China created a special ministry — the Cyberspace Administration of China — to coordinate all government regulation of its cyber realm and guarantee that Beijing was in charge there as much as in Tiananmen Square.

Now, just as you cannot publish an anonymous critique of President Xi Jinping in The People’s Daily, you cannot do it on Sina Weibo, China’s combined version of Facebook and Twitter, where all users must be registered under their real identity. Facebook, Google, Telegram, Twitter and The New York Times are all blocked in China by the Great Firewall (although there are yasa dışı ways around it).

I believe China will hisse a price for having choked off even the smallest outlets, like the new audio drop-in app Clubhouse, for its people to let off steam and discuss important issues, like a spreading pandemic, but the regime believes otherwise.

“Each country gets to pick how its old physical governance system and values get projected into the new cyberworld, and China said its would be cybersocialism with Chinese characteristics,” explained Craig Mundie, the former chief research and strategy officer of Microsoft. “We just didn’t pick.”

Indeed, as big American cyber companies such as Amazon, Facebook, Twitter and Google emerged, they argued that the best governance of cyberspace would be if no government was in charge. That way their business models would be in charge — and they would grow bigger, faster.

They were also able to grow quickly thanks to a U.S. law that was actually enacted when Mark Zuckerberg was 11 years old — long before he helped start Facebook in 2004 — Section 230 of the 1996 Communications Decency Act.

It stipulated that internet/cyberspace companies, which at the time were mostly crude search engines and aggregator sites to help people ferret out recipes and movie reviews, could not be held liable for defamatory or false posts by people using their platforms, the way The New York Times or CBS could be. These companies were treated like printing presses, not news organizations. This did help the internet grow fast, but it was later used by Facebook, Twitter and YouTube to escape from having to heavily edit the content they published.

And as these platform companies grew through their primary functions — connecting friends, search or sharing cat videos — they soon figured out how to monetize all their traffic and free services: advertising.

The more ads they attracted the more they tried to retain people on their sites by learning what the users each liked or hated and pushing more of that to them in order to build psychographic models of each user, so the platforms could tell advertisers exactly which toothpaste each person preferred.

Politicians soon realized they could benefit from the veri the same as toothpaste companies did. Barack Obama used it in his first presidential campaign to raise money online, and then Donald Trump used it in 2016 to both rally his supporters in key Midwest battleground states and suppress, with the help of the Russians, Black voter turnout for Hillary Clinton in the same states.

It was a short step from there for all kinds of actors to learn to use these platforms to organize all kinds of malign activities, from mass murder in Myanmar to a Big Lie in America.

Shoshana Zuboff named this business model “surveillance capitalism,” and in a Times Op-Ed a year ago she detailed how these sites morphed from “bulletin boards” to “hyper-velocity küresel bloodstreams into which anyone may introduce a dangerous virus without a vaccine.”

Alas, our lawmakers were either too gridlocked, too bought off or too tempted to use these platforms themselves to produce serious legislation. And the platforms said, “Don’t blame us — regulate us.” But they all also used their vast lobbying powers to resist that.

The result? “While the Chinese have designed and deployed digital technologies to advance their system of authoritarian rule, the West has remained compromised and ambivalent,” Zuboff wrote last month in this paper. “This failure has left a void where democracy should be, and the dangerous result has been a two-decade drift toward private systems of surveillance and behavioral control outside the constraints of democratic governance.”

Which is why my hope now is that the European Union, which is already wary of the huge power of these big U.S. companies, has already forced search engines like Google to grant E.U. citizens the right to delete unfavorable or inaccurate online material about them from searches and is more sensitive to the dangers of fringe parties, will use its clout as the world’s largest trading bloc to show us how to democratically project our values into cyberspace.

A few weeks ago, Ursula von der Leyen, president of the European Commission, released an open letter that pulled no punches. She noted that she had watched on television “as the angry mob stormed the U.S. Capitol. I found those images deeply unsettling. … This is what happens when messages spread by online platforms and social media become a threat to democracy.”

She noted that in December the E.U. leadership had proposed to the European Parliament a Digital Services Act and a Digital Market Act to make müddet that “what is unlawful in the analogue world is in the future also unlawful online … We also want the platforms to provide transparency regarding how their algorithms work. … We also want clear requirements for internet firms to accept responsibility for the way in which they distribute, promote and remove content” and to mitigate the systemic risk they can pose.

Ramesh Srinivasan, U.C.L.A. professor and author of “Beyond the Valley,” told me thatAmerica urgently needs to follow suit by enacting a digital bill of rights that “sets the right balance between free speech and algorithms that make hate speech and blatantly false information from unreputable sources go viral.”

We need to project our democratic values into cyberspace as effectively as China has injected its own, and we need to do it fast. Please, Europe, show us the way!