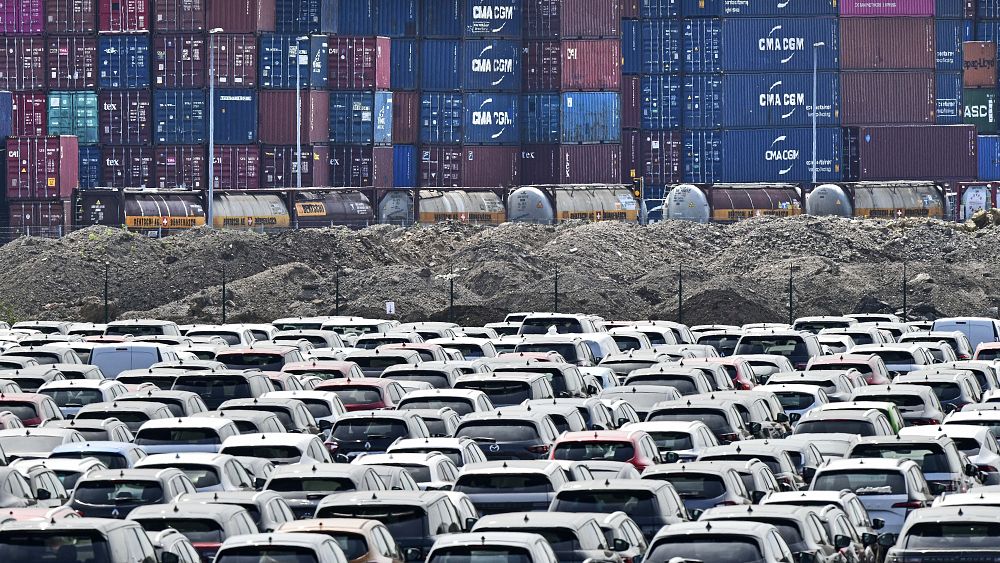 The economy in the 19-country eurozone performed less badly than feared in both the last three months of 2020 and last year taken as a whole, according to preliminary figures from Eurostat.

The EU’s statistics agency stresses that these are “flash estimates” which are based on incomplete data sources and subject to further revisions.

It says that amid the pandemic, Gross Domestic Product (GDP) shrank by 0.7% in the last quarter, less than the 2.5% drop anticipated by some economists. The drop across the year was 6.8%, lower than the 7.8% predicted by the European Commission in November but still a record fall.

GDP measures the total market value of all finished goods and services produced in a particular time period.

The figures were helped by resistance from German industry, while the drop in French output was smaller than expected.

It was a rollercoaster year as the first coronavirus lockdowns caused economies to plunge in the spring, before reviving over the summer months as restrictions were lifted.

The recession’s bite was slightly less hard across all 27 countries of the European Union, GDP falling by 0.5% in the last three months and by 6.4% over the whole of 2020.

In comparison, the GDP contraction in 2020 in the UK is estimated by the International Monetary Fund to be even bigger, at 10% for the year.

The eurozone is expected to reach 2019 levels of economic output only in 2022, say officials from the European Central Bank. The IMF last month cut its forecast for eurozone growth this year to 4.2% from 5.2%.

The figures arrive amid disenchantment and finger-pointing over the slow pace of vaccine rollouts in the European Union.

“While the eurozone GDP data were better than what we were expecting only a week ago, the short-term prospects for the European economy remain clouded by a challenging health situation in several countries and an underwhelming start of the vaccination roll-out,” said Nicola Nobile, lead eurozone economist at Oxford Economics.