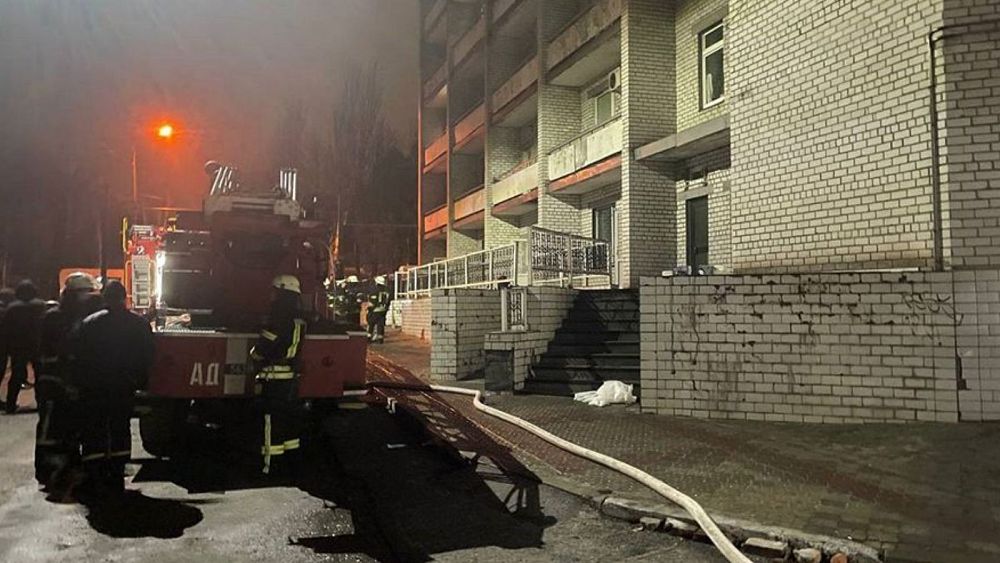 Four people have been killed in southern Ukraine after a fire broke out in a hospital unit for COVID-19 patients.

A young doctor and three patients died in the blaze in an intensive care ward at the Regional Infectious Diseases Clinical Hospital in Zaporizhia.

The fire broke out shortly before midnight on Thursday on the ground floor of the five-story hospital, where patients with acute respiratory symptoms of COVID-19 were being treated.

Emergency services arrived on the scene and immediately worked to evacuate eight people from the blaze, including those two injured patients. Authorities say the fire was brought under control and extinguished by 00:19 local time.

An investigation has been opened into “violation of fire safety rules” and to establish the cause of the blaze, the Ministry has also confirmed in a statement.

Ukrainian President Volodymyr Zelenskyy has expressed his “deep condolences” to the families of the victims in a Facebook post.

′′The scariest thing is that this tragedy happened in the hospital, in a place where people are given health,” Zelensky said, adding that “the state will correct this situation in order to prevent such in the future.”

Ukraine’s Health Minister Maxim Stepanov has urgently flown to the region on the orders of the President.

“Law enforcement officers are finding out the reasons for the fire in the corps, and the perpetrators of this tragedy will be brought to justice according to the results of the investigation,” Stepanov said in a statement.

The European Director of the World Health Organization (WHO) Hans Kluge said he was “saddened” by the “tragic fire” and expressed his solidarity with Ukraine on Twitter.

Last month, at least 15 people were killed after a fire ripped through an unregulated retirement home in the eastern Ukrainian city of Kharkiv.

Meanwhile, in neighbouring Romania, a deadly blaze at a hospital in Bucharest killed at least five people last week.

Hundreds of people protested outside Romania’s Health Ministry the next day, calling Saturday for the resignations of the president, the health minister and the emergencies chief.