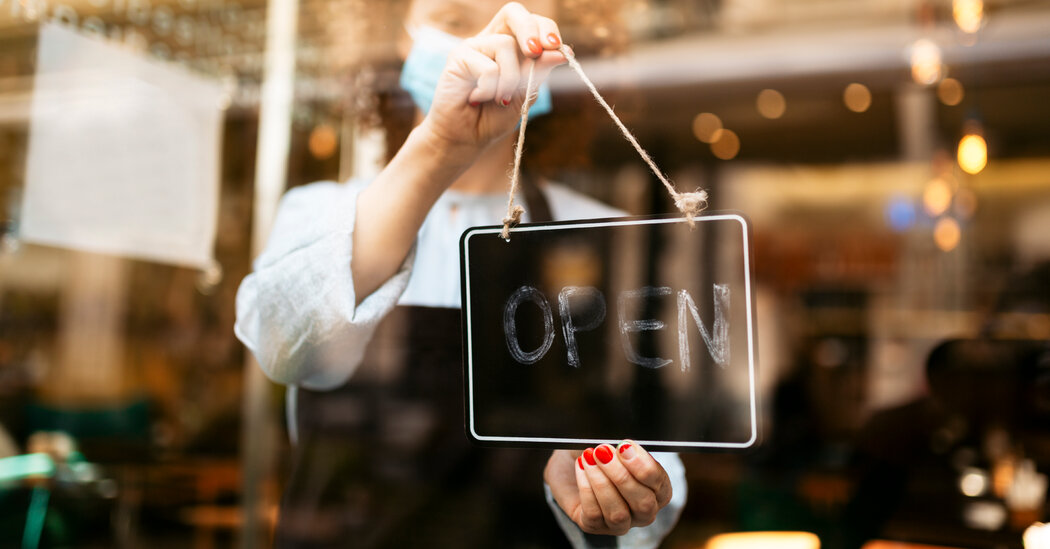 When reports emerged that a new, potentially more contagious version of the coronavirus was circulating in Britain, Gov. Andrew Cuomo of New York implored major airlines to require anyone entering the state from another country to first submit a negative coronavirus test. Scientists still had much to learn about the variant, but Mr. Cuomo was following a principle that has become scripture among public health experts: To defeat the coronavirus, you must act quickly. You cannot wait for certainty to arrive.

Today, we know much more about not only B.1.1.7, the so-called U.K. variant, but also several other variants that have since emerged. For instance, we know that B.1.1.7 is more contagious than its known siblings and that it is already in New York and other states. Experts warn that if not addressed carefully, B.1.1.7 could become the dominant version of the virus in the United States in a matter of months.

In light of this knowledge, Mr. Cuomo’s plan to reopen New York City restaurants for indoor dining on Feb. 14, at 25 percent capacity — and to soon relax other strictures, like those for weddings — is baffling.

This is a precarious moment in the fight against the coronavirus in the United States. Case counts are declining. The death rate is slowing down. The country finally has a president who takes the crisis seriously. The vaccination rollout has been a bumbling mess, but the situation is improving, and it will get better still: The Federal Emergency Management Agency has been activated to help administer shots, the Food and Drug Administration could authorize a third vaccine for emergency use by the end of this month, and President Biden is partnering with clinics in underserved communities to correct for early vaccination inequities.

In the meantime, officials at the Centers for Disease Control and Prevention are pleading with the American public to strengthen its resolve on measures to reduce viral spread, like physical distancing, mask wearing and avoidance of settings where the virus is likely to spread most easily — think a restaurant’s dining room or a large, indoor wedding. The C.D.C. is also asking state leaders not to let up on closings and restrictions just yet.

Too many leaders — not just Mr. Cuomo — are ignoring that call. Massachusetts and New Jersey are allowing businesses, including restaurants, to expand capacity for indoor services, and Iowa just lifted its mask mandate. The impulse behind these moves is understandable. Restaurants and the people who earn their living through them are in dire straits because they have not received sufficient government assistance. State and local economies are hanging by a thread, and everyone is exhausted by restrictions and desperate to return to some semblance of olağan life.

But the number of people who get sick or die from Covid-19 in the coming year will depend on the outcome of a desperate race that’s underway, between human vaccination and viral mutation. State leaders should consider the dynamics of that race before they change course. Mutation is a function of viral reproduction, which is a function of viral spread. That is, the more the virus is allowed to pass from one person to the next, the more it is able to mutate. And the more it mutates, the greater the chances that it will evolve into something that is even more transmissible, or even less susceptible to existing vaccines, or even deadlier than the virus already is.

By relaxing restrictions now, state and local leaders are undermining their own vaccination efforts. To get a sense of what this looks like to scientists and public health experts, imagine a military general leading the fight against a foreign enemy — and then selling that enemy deadly weapons on the side.

It’s not just their own efforts they are undermining. They are also thwarting their citizens who have been making collective sacrifices all along. Average people have spent the better part of the past year waiting for leaders to take charge. America finally has those leaders in place at the national level, but the nation needs better and more consistent leadership on this issue at the state level.

The decisions those leaders make in the coming weeks will determine whether America will finally crush this pandemic, or whether the pandemic will be allowed to crush America all over again.