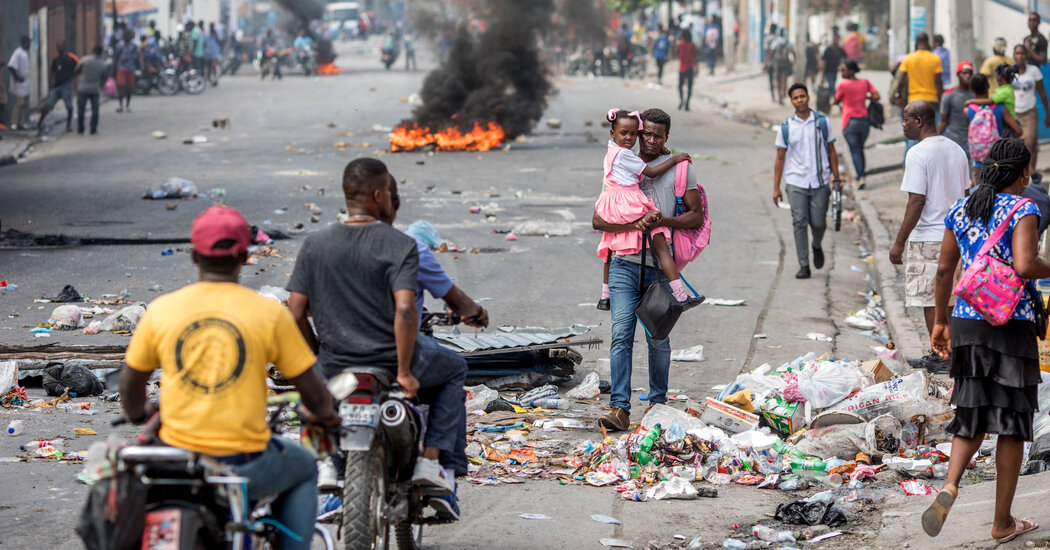 Sunday should have been a day of celebration in Haiti. It marked the 35th anniversary of the fall of the Duvalier dictatorship, and the last day in office of the despised President Jovenel Moïse. Instead, it was another day from hell.

Rather than leave office, Mr. Moïse claimed that he had foiled a coup. He sent troops in the middle of the night to round up a judge, a senior police officer and more than 20 others. The fragmented opposition, in the meantime, compounded the crisis by installing two presidents — a Supreme Court judge who had been fired by Mr. Moïse and a lawyer in Haiti’s north.

For the long-suffering Haitians, the power struggle promised only more bloodshed and chaos. They have already been battered by recent hurricanes, an earthquake and a cholera epidemic introduced, in a cruel irony, by United Nations peacekeeping forces. Few countries have endured so much, and no others that lie within a few hundred miles of the richest nation on earth.

A plane arrived from the United States on Monday. But instead of help or hope, it carried several dozen Haitians, including a 2-month-old and 21 other children, deported by U.S. Immigration and Customs Enforcement. President Biden had ordered a 100-day moratorium on such deportations, but a Texas judge temporarily blocked the order, prompting the agency to defy the administration’s wishes and accelerate deportations. More such flights to Haiti are expected through the week.

Haiti, the poorest country in the Western Hemisphere, has not had much respite from corruption and chaos in the 35 years since democracy was restored. But Mr. Moïse is widely blamed for making lives that were already very difficult, especially during the Covid-19 pandemic, even worse through rampant plunder and mismanagement.

Months of often violent protests against Mr. Moïse have repeatedly brought life in the capital, Port-au-Prince, and other cities and towns to a halt. Fuel shortages are routine, hospitals have cut services or have closed, public transportation has ground to a halt, and businesses have shuttered. The rapid spread of kidnapping for ransom by well-organized gangs has forced schools to close for fear of students and teachers being captured. 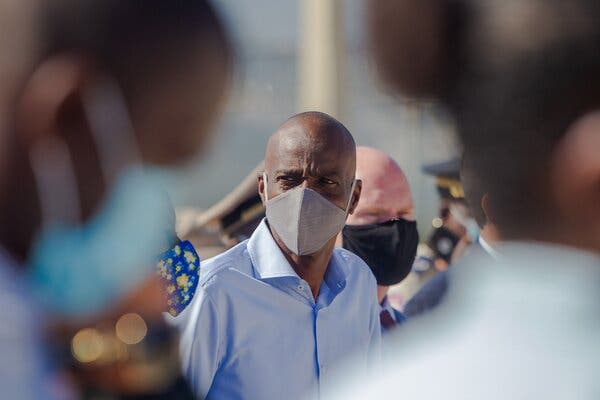 The constitutional crisis has centered on a dispute over when Mr. Moïse’s term should end. The constitutional term is five years, and Mr. Moïse was elected in 2015 and should have been installed in February 2016. But election monitors deemed that election too corrupt to stand, and a caretaker government remained in office until another election was held a year later. It was hardly fairer, but Mr. Moïse took office on Feb. 7, 2017. He insists that his five years expire in 2022.

The reality is that Mr. Moïse has effectively has lost all popular support and abandoned any pretense of democratic rule. He has ruled by decree since last year, when he suspended two-thirds of the Senate, the entire lower chamber and every mayor across Haiti. He has refused to hold any elections for four years, so there are only 11 elected representatives in office for 11 million people. He is seeking to expand his powers through a referendum on the Constitution set for April.

Haitians tend to look to their powerful northern neighbor for guidance in times of unrest, but the signals they’ve received have been mixed. The Trump administration backed Mr. Moïse, mainly because he supported a campaign to oust President Nicolás Maduro in Venezuela. On Friday a State Department spokesman, Ned Price, concurred with Mr. Moïse’s argument that he has another year to go, adding that “the Haitian people deserve the opportunity to elect their leaders and restore Haiti’s democratic institutions.” The Organization of American States and the United Nations took similar positions.

Several members of the U.S. Senate and House urged the State Department to reject Mr. Moïse’s efforts to stay in power, and on Monday a State Department spokesman said, “The situation remains murky.”

That it does. Mr. Moïse must go, but ousting him or trying to hold elections when the courts, the legislature and security forces are in disarray and violence rules the streets could make matters worse. Haiti’s history shows that a government in the hands of a contentious opposition might not be a major improvement. When a country comes as close to collapse as Haiti has, it is very difficult to restore order and effective governance.

One suggested solution is for outside powers — some combination of the United States, the O.A.S., the U.N. and the European Union — to organize a council of civil society leaders, along with representatives of churches, farmers and other groups, who can form a transitional government and prepare for new elections.

The Biden administration should promptly order a review of what is happening there and how the United States and its allies can assist in finding a path forward.

But first, the new administration needs to find a way to halt Immigration and Customs Enforcement deportations to Haiti — which are in defiance of the Biden administration’s directives. At the very least, the United States should stop contributing to its close neighbor’s distress.