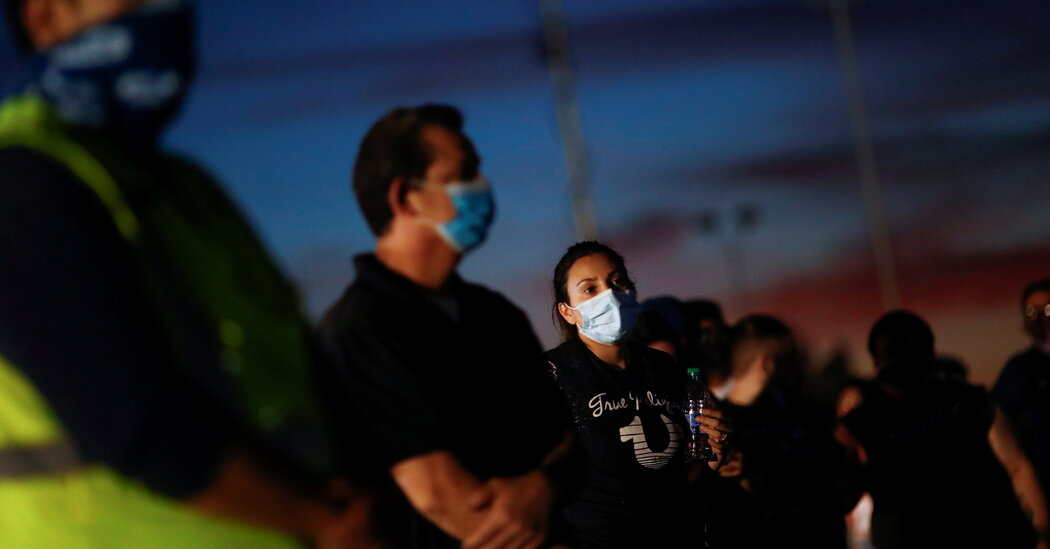 Democrats are riding high in Washington, with control of the White House and Congress. They got there with a broad coalition that included suburban white and minority voters — I estimate, based on exit poll veri, that nearly half of the Democrats’ roughly 81 million votes came from the latter group. For Republicans, it was just 18 percent.

If the Democrats are to avoid losing Congress in 2022 or the presidency in 2024, they will need to continue to carry an overwhelming number of minority voters. Yet there are signs that the party’s dominant grip on this growing demographic is beginning to slip.

For Democrats, the sorun with those figures is that they represent a step back from the strong results of 2012. Since then, minority support for Republicans has inched up. Without minority votes, Mr. Trump would not have won in 2016 or come as close as he did in 2020.

But what if something more enduring is going on — and what is considered “normal” has shifted? Namely, Democrats may be seeing a slippage in support from some minority communities. And in the case of Hispanics in particular, some of that movement is a result of a form of identity politics, as they more and more see themselves as identifying with the white majority. And since nearly six in 10 whites voted Republican in 2020, it should follow that as minorities move toward what we might think of as a mainstream white Americanism, some will become more Republican.

The trajectory of earlier generations of white Catholics in America provides a good example of this sort of political movement. From the country’s founding, the United States was largely Protestant — in the late 19th century, I estimate it was around 80 percent. The political historian Paul Kleppner calculated that around 70 percent of white Catholics (largely descended from post-1840 Irish and German immigrants) voted Democratic from 1853 to 1892, and roughly the same percentage (68 percent) of Northern white Catholics identified as Democrats in 1952-60, as the political scientist Alan Abramowitz, using American National Election Studies veri, showed.

The 1960 election of John F. Kennedy as the first Catholic president was the Obama moment of his era. Yet this Catholic triumph marked the beginning of the end of the Catholic-Democratic love affair. In 1960, using that same National Election Studies veri, 73 percent of white Catholics identified as Democrats, a high-water mark. In the years that followed, they began at first a slow shift toward the Republican side and then, after the election of Ronald Reagan in 1980, a steadier migration. By 2016, just 38 percent of white Catholics identified as Democratic, and half called themselves Republican (that movement has continued into 2020).

According to my calculations, the veri also reveals that the share of nonwhite voters identifying as Democratic reached 75 percent in 2008, when Mr. Obama was elected. In 2019, the most recent year of this veri, just 51 percent of nonwhites identified as Democratic.

The 2018 and 2019 numbers come from a smaller sample than the National Election Survey election-year veri, but even if we dismiss 2019 as a blip, it is noteworthy that the Democratic share has fallen every survey since 2008. It is becoming more difficult to write this off as simply a return to the pre-Obama status quo.

Many minorities who no longer identify as Democrats have become independents rather than Republicans — much like their white Catholic predecessors initially did — but this means their loyalties are increasingly up for grabs on Election Day.

In order to understand what may be occurring, it is useful to examine which kind of minority voter leans Republican. For Hispanics and Asian-Americans, this raises the question of assimilation. If these newer groups follow the path laid by earlier generations of Italians and Jews, they will come to identify themselves more and more as white rather than as minorities. The political scientists Álvaro Corral and David Leal show that Latinos whose family had been in America for three generations were more likely to vote for Mr. Trump in 2016. My analysis of Pew survey veri from 2018 reveals that there is a big gap between the immigrant Hispanic generation and the third generation (representing a child of a U.S.-born Hispanic). Almost 80 percent of the immigrant Hispanic generation voted Democratic, whereas the third generation figure was about 60 percent.

Mr. Trump’s more defensive, cultural brand of nationalism — and occasionally racist comments — were evvel thought to be a deal-breaker for minority voters. However, these messages can resonate with minorities. In addition, according to my analysis, Hispanics who are American-born and native English speakers are more likely to believe others see them as white. Hispanics and Asians who say their American identity is “extremely important” to them also feel warmer toward white Americans.

For African-Americans, veri from a Qualtrics survey I conducted shows that voters with the weakest attachment to their Black identity had a higher propensity to vote for Mr. Trump, and these voters were more likely to live in ZIP codes with a smaller Black population. While just 16 percent of African-Americans in our sample said their Black identity was not especially important to them, the political scientist Tasha Philpot writes that attendance at a Black church is often linked to a stronger Black identity, and thus to higher Democratic identification. And if Black voters moved away from what Ismail White, a political scientist at Duke, calls “social networks within the Black community,” that might limit the power of the community to enforce a Democratic-voting norm.

Joe Biden’s coalition, which is less dependent on minority votes, could insulate the Democrats from the political risks of any minority movement away from the left. Meanwhile, Mr. Trump’s better-than-expected performance in 2020 suggests a Republican coalition of secure minorities and anxious whites may be a match for the “emerging Democratic majority” of anxious minorities and secure whites.

Eric Kaufmann (@epkaufm), a professor of politics at Birkbeck, University of London, is the author of “Whiteshift: Populism, Immigration and the Future of White Majorities” and is affiliated with the Center for the Study of Partisanship and Ideology and the Manhattan Institute.