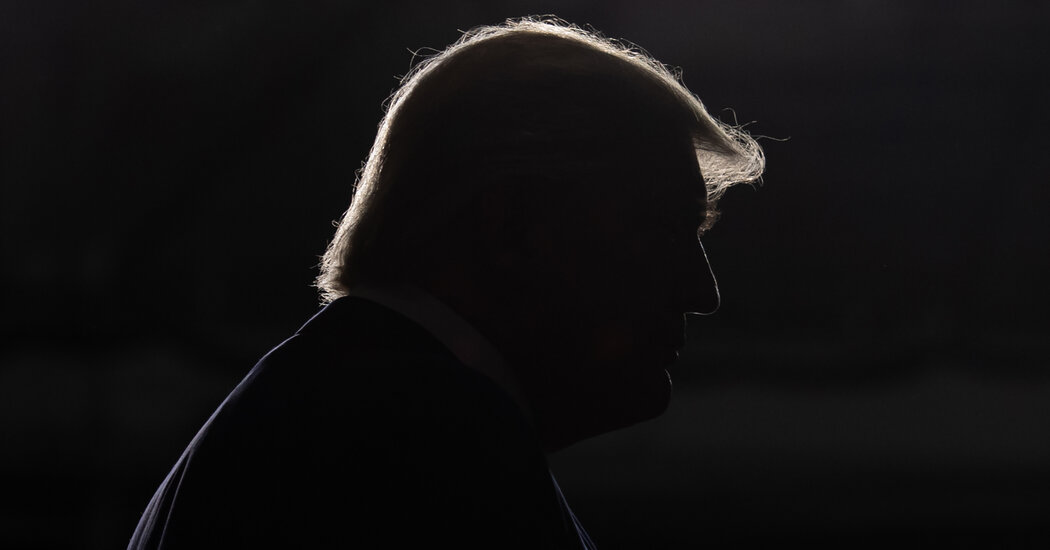 In December 2016, a month before Donald Trump’s inauguration, I wrote a column that I called “Invasion of the Agency Snatchers.” The reference was to the great 1956 science fiction sinema “Invasion of the Body Snatchers,” in which a truckload of giant vegetable pods arrives in a typical American town. Each pod takes over the identity of a local inhabitant, erasing everything that made the person human while maintaining a perfectly preserved outward appearance.

Many viewers interpreted the movie as a political allegory. Some saw Communism, some McCarthyism. I saw the Trump cabinet, then in formation.

In appointment after appointment, the president-elect was naming people whose backgrounds and ideology not only made them ill-suited for the agencies they were going to head, but suggested strongly that they were hostile to those agencies’ very missions. Evvel in office, I wrote, these appointees would look like ordinary cabinet secretaries. But they would really be pod people, “placed in their positions and handed the reins of power not to govern, but to destroy.”

And so it came to pass: the shredding of environmental protection, the conversion of the Department of Housing and Urban Developmental into an enabler of housing discrimination, and the opening of the government faucet for charter and religious schools.

These are just a few random highlights from four years that saw the methodical undermining of agencies’ core missions. What often looked like chaos was in fact the product of a meticulous assessment of which regulations to ignore, which to replace, which enforcement priorities to throw overboard, which lawsuits to join on the side of those who were suing the government.

And all the while, cabinet secretaries got dressed for work and went out to make speeches, looking like the real thing.

I’m revisiting that column for a simple reason. In the midst of the current impeachment trial, with a prosecution görüntü of the events of Jan. 6 that leaves a viewer gasping for breath, and a Democratic brief recounting those events that reads like the script for a horror movie, it’s too easy to forget the former president’s more mundane depredations. It’s almost a law of nature that the image of the truly shocking takes over the mind and pushes out thoughts of the merely awful.

In impeaching President Trump, as he still was then, the House of Representatives voted for one impeachment article, inciting insurrection, and the point of the Senate trial now taking place is to prove that single charge. I don’t mean to suggest that this charge is not the right one, or that it is not enough to convict and remove Mr. Trump and to bar him from ever again holding federal office. The evidence for conviction is overwhelming, and I understand the House Democrats’ strategy of not wanting to deflect attention from that evidence.

But I think it’s also important to condemn Mr. Trump’s management of the executive branch as impeachment worthy. Article II, Section 3 of the Constitution requires the president to “take deva that the laws be faithfully executed.” As president, Donald Trump did not take deva. He did just the opposite, appointing people who were determined and empowered to subvert the goals of the agencies the taxpayers were paying them to lead.

This was not simply a matter of ordinary policy preferences and differences. Throwing a sop to the religious right by cutting off federal money to organizations that provide vital health deva, including reproductive health deva, to underserved populations was shameful. But I can’t say it was impeachable. The policy, which President Joseph R. Biden Jr. promptly revoked, was not in direct defiance of a congressional mandate. It just reflected a cynical calculation that the base mattered more than the welfare of tens of thousands of women and their families around the world.

One measure of how far the Trump administration had gone to shield the fossil fuel interests that supported it came on Mr. Trump’s last full day in office. On Jan. 19, the federal appeals court in Washington overturned the Environmental Protection Agency’s rescission and replacement of the Obama administration’s Clean Energy Plan, which had imposed strict limits on emissions from power plants. The unsigned opinion by a three-judge panel was nearly 150 pages long, but the court made its point near the beginning. “The question in this case is whether the Environmental Protection Agency acted lawfully in adopting the 2019 Affordable Clean Energy Rule,” the court said, referring to the Trump administration’s power plant-friendly substitute for the original Obama plan. Answering that question, the court said succinctly, “It did not.”

Housing policy was another example of the former president’s failure to “take deva.” The Department of Housing and Urban Development is supposed to enforce the Fair Housing Act of 1968, which prohibits discrimination in the sale, purchase, rental and financing of housing on the basis of race and other protected categories. Almost until the last minute, however, the department’s primary focus was on finding ways to curtail the act’s enforcement by, among other things, raising the bar for what counts as discrimination, in defiance of the Supreme Court’s more generous interpretation of the statute in a 2015 decision. On Jan. 26, President Biden ordered his housing secretary, Marcia Fudge, to revisit the Trump actions and to “take any necessary steps, as appropriate and consistent with applicable law,” to assure the agency furthers laws that mandate fair housing.

I doubt there is a cabinet department without a similar story, and we can expect a steady flow of similarly worded orders as the Biden administration begins the project of repairing the damage. There is no heart-stopping görüntü to dramatize a president’s failure to do his constitutional duty. But as citizens, we also have a duty — to record, to remember and to not let it happen again.