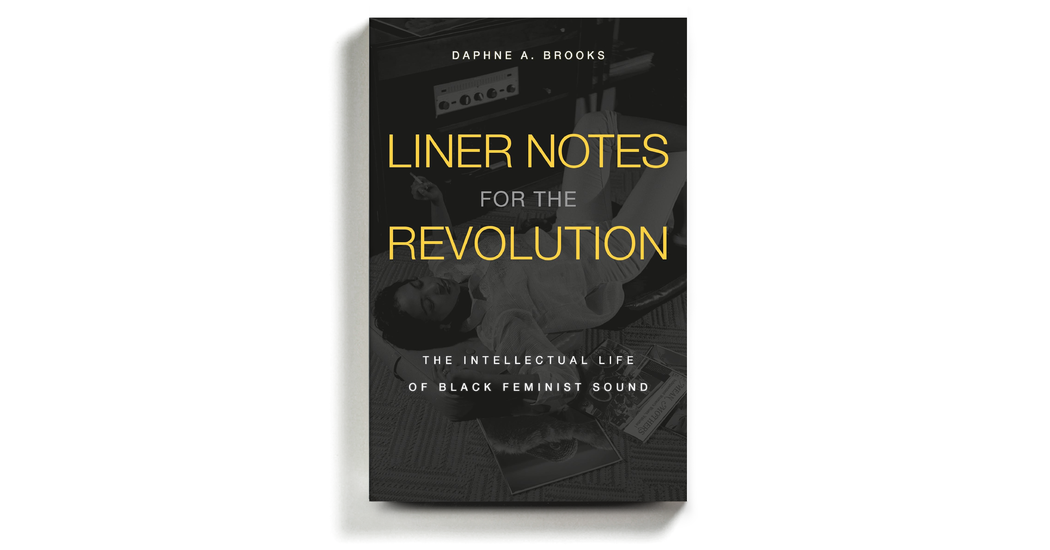 For a critic, there’s maybe nothing so central but also confounding as the question of taste — why we like what we like, and whether it’s something we decide for ourselves, based purely on our own freedom and idiosyncracies; or if our tastes can be shaped and even scripted, influenced by earnest argument, entrenched biases or cynical manipulation.

With “Liner Notes for the Revolution: The Intellectual Life of Black Feminist Sound,” Daphne A. Brooks blurs and eventually explodes this binary. She argues that “taste-making” has often served to enshrine a musical canon that skews white and male; at the same time, she emphasizes the importance of canon-building and does some taste-making of her own. The old guard might have deigned to make room for “Satchmo, Monk, Miles and Trane,” she writes, but it still seems hesitant to “imagine a pop (culture) life with Black women at its full-stop center rather than as the opening act, the accompanying act or the afterthought.”

There are a number of recent and forthcoming books by Black women — among them Maureen Mahon, Danyel Smith and Clover Hope — that elucidate the central role that Black women artists have played in American music. Brooks, who teaches at Yale, is explicit about wanting to connect two worlds that would seem to be distinct: those of intellectual theory and commercial appeal. One doesn’t have to exclude the other, she says, even if traditional rock criticism has supposed that market success must come at the expense of that vague and vaunted quality known as “authenticity.”

“Liner Notes” is in explicit conversation with “Lipstick Traces,” Greil Marcus’s genre-bending study of punk; both books seek to uncover a subterranean current between artists and thinkers who may never have been aware of one another, following the path from sound to idea and back again. Brooks also takes inspiration from sources as varied as Alex Ross’s “The Rest Is Noise,” Saidiya Hartman’s “Wayward Lives, Beautiful Experiments” and Ralph Ellison’s essay “The Little Man at Chehaw Station.” Ellison recalled how his music teacher, the concert pianist Hazel Harrison, taught him to “always play your best, even if it’s only in the waiting room at Chehaw Station, because in this country there’ll always be a little man hidden behind the stove.” That “little man” may very well be more sophisticated than he got credit for: “He’ll know the music, and the tradition, and the standards of musicianship required for whatever you set out to perform!”

Daphne A. Brooks, the author of “Liner Notes for the Revolution: The Intellectual Life of Black Feminist Sound.”Credit…Mara Lavitt

The audience, Brooks says, is an essential part of her study — the Black girls and young women who bought the records and enjoyed the music even if they rarely factored into the dominant cultural conversations about it. Brooks writes movingly about her own mother’s upbringing in Texarkana in the 1940s, where weekly visits to the local record shop, whose segregation rules were looser, offered a temporary respite from Jim Crow. The importance of such ordinary pleasures is why Brooks, who reaffirms the importance of “theorizing,” says she’s indebted to the critique of capitalism from the Frankfurt School philosopher Theodor Adorno while also being skeptical of it: “His infamous rejection of popular music as a manifestation of the culture industry’s hold on the masses is a critique that leaves little room for the complexities of Black expressive emancipation.”

This, then, is a book that draws distinctions. But Brooks is also arguing for a more capacious understanding of “sonic studies,” a kind of pluralism that might “push up against the grain of how we experience structural power on a day-to-day basis as a zero-sum game.” Her notion of musicianship includes not just vocals and instruments but also performance, fashion, movement and even, as her title gestures at, liner notes — which she concedes is a “dying form” in the digital age. She writes about Zora Neale Hurston’s voice, and her commitment to treating Black folk arka as something worth recording and preserving. She also describes the “sonic drama” of the young jazz vocalist Cécile McLorin Salvant and the rich symbolism in Beyoncé’s “Lemonade.”

Brooks traces all kinds of lines, finding unexpected points of connection. She begins one chapter with the vocalist-turned-novelist and “proto-Afrofuturist thinker” Pauline Hopkins, writing in the first decades of the 19th century, and ends it with the pop artistry of Janelle Monáe. A photograph of the feminist rock critic Ellen Willis interviewing the playwright Lorraine Hansberry in 1960, when Willis was still a young student at Barnard, leads Brooks down a speculative path, imagining how Hansberry’s approach might have inspired Willis’s later work, finding resonances in their determination to account for the radical potential of women’s desires.

In “Liner Notes,” Brooks is so fluent in both the jargon of the academy and the vernacular of music magazines that she slips comfortably between the two, referring to “Barthesian grains” in one paragraph and cracking a joke about how “the Church of Wynton Marsalis’s Jazz at Lincoln Center is just not giving up the goods” in the next. Her book is at its most generative when it’s doing this — inviting voices to talk to one another, seeing what different perspectives can offer, opening up new ways of looking and listening by tracing lineages and calling for more space.

At the same time, Brooks can sometimes get trapped in the old power struggles of the canon wars. A chapter on a pair of blueswomen, Geeshie Wiley and Elvie Thomas, has Brooks citing and critiquing the work of Marcus and other white writers (including John Jeremiah Sullivan, a friend and former colleague of mine, whose yearslong study of Wiley and Thomas eventually ran in The New York Times Magazine). She argues that the lives of these blueswomen would be productively understood from the perspective of Black Studies — which is undoubtedly true. She also argues that these writers’ works are irrevocably limited because Black Studies isn’t their “predominant view” — which is also true, but only in the sense that any work is bound to be limited in some way. It’s not as if these writers pretend to create an exhaustive, totalizing narrative. They own up to their own subjectivities and doubts.

“Everything has multiple layers,” the folk musician Rhiannon Giddens tells Brooks. “I’m playing the deep layer knowing that the other layers are hopefully getting out there.” For the most part, “Liner Notes” is playing its own deep layers and putting out a call for more. As Brooks herself puts it, “We must remain attentive to the complexities of this exercise, to get in rhythm with the surplus, with the minor, and to ride that wave into an infinite line of questions, into the swarm, the crowd that sings out to us, ‘We still here.’”