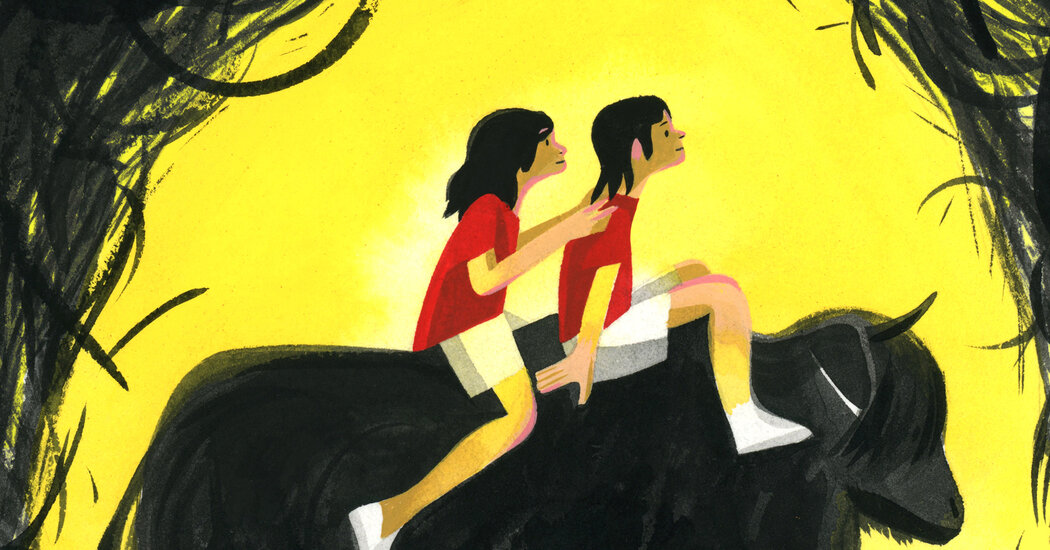 With a few swipes of his clippers, my father trimmed an inch, then three, from my hair, which heaped onto the newspaper spread on the floor. Dusting the tickly stray strands off my neck, I felt lighter, ready for the Lunar New Year.

I grew up in the suburbs east of San Francisco, but this scene from my childhood could have played out in the homes of more than a billion people around the world who celebrate the most important holiday in China and the Chinese diaspora. By tradition, you live this day as you would the rest of the year: with a new haircut and a new outfit, a clean abode, debts paid off and feasts with loved ones.

Thecoronavirus has interfered with so many of these practices, which relieve the darkness of winter and remind us that spring and its renewal are coming. For Vietnamese, the Lunar New Year is known as Tet, and among Koreans as Seollal. People have been following these customs for millenniums, and getting a haircut before the holiday would connect me to that accountant in Shanghai, that little girl in Ho Chi Minh City, that granny in Busan and that cabby in Singapore. We strangers are alike, come the new year.

Last spring, when the world went into retreat, salons and barber shops here in California closed, then opened, then closed — just how many times, I’ve lost track. They’ve now reopened as the state emerges slowly from a brutal winter surge.

My hair is as thick as when I was a girl, but shot through with much more gray in the past year. I’m still hesitant about getting a professional cut, even though my hair unfurls as extravagantly as Rapunzel’s. The manes on my twin 9-year-old boys are just as wild: one has sideburns as long as Elvis Presley’s, and the other’s has grown out to Hamilton, now Partridge Family-lengths, feathery and flowing past his shoulders.

One son has a milestone in mind.

“I don’t want to cut my hair until I get the vaccine,” he said. “It’ll never be this long again!”

With the shaky vaccine rollout, we told him he may not get that snip until the summer or sometime after that. And as with all else in the pandemic, it’s impossible to predict what next week, let alone next month or next season, might hold.

So many of our plans have been upended. Missing Thanksgiving and Christmas with family left us heartbroken. Health authorities continue to warn against large gatherings, of the sort that typically mark the holiday: extended family digging into dim sum at big round tables while lion dancers prance in the aisles, or dumpling-making parties with friends.

On Lunar New Year, I always wake up feeling hopeful, instead of cotton-mouthed and hung over as I do on Jan. 1. I’ve joked that the holiday — which floats on the calendar between late January to mid-February — is a chance for a do-over. Was Dry January too hard to bear? Your hand weights already gathering dust under the bed? It’s a reminder that I can begin again, at a time when I feel behind on everything.

In truth, I don’t miss the haircut. I miss the bustle of preparations as I shop for crisp red envelopes, into which I stuff lucky money. I empty the trash and sweep the floor, getting rid of the bad luck, which 2020 provided in terrible abundance.

Out with the old, in with the new, has never felt more urgent. Consider the legend behind the Asian zodiac, which determines the order of the animal signs in a 12-year cycle.

Eons ago, the Jade Emperor held a great race to heaven. The rat and the cat persuaded the ox to give them a ride across the river. Perched on the ox’s back, they promised to watch for their rivals sneaking up from behind: the tiger struggling against the current, the rabbit hopping from boulder to boulder, the dog stopping to splash and the pig snacking, then napping in the shade.

Within sight of shore, the rat shoved the cat into the water. Then it jumped over the finish line and ahead of the ox, which lost by less than a whisker length.

The sneaky rat is gone and the hardworking and honest ox now reigns.

Though I’m usually not so superstitious, I’ve been thinking about how such beliefs originate out of a desire to protect ourselves from danger. When sheltering in place began, people sanitized their groceries, doorknobs and mobile phones with a ritual intensity. It turns out transmission from surfaces is exceedingly low; hand washing, social distancing and face masks remain paramount.

Deep into the pandemic, we’re still adapting to survive. Rites old and new sustain us.

On Twitter, a friend askedhow to prepare a meal for a handful instead of a crowd. Suggestions included cooking a whole fish, ordering Lunar New Year-themed cookies, and macarons from Instagram pop-ups, or getting takeout from struggling Chinatown restaurants whose holiday banquet season business has disappeared. In a Facebook group, Bay Area foodies fielded questions from those hoping to score festive favorites such as poon choi, a Cantonese dish heaped with braised meats, prawns, dried scallops and more, as well as bánh tét, a Vietnamese log of glutinous rice stuffed with pork belly and mung beans.

TikTok featured funny, endearing videos about how celebrations may change this year — say, with disappointing gifts of face masks instead of cash. Although nothing can replace the excitement of giving or receiving a freshly ironed bill, there’s even a red envelope emoji on Venmo!

In lieu of a Lunar New Year party, this weekend I will swap sweets and plump dumplings with Asian-American writer friends. I’ve also traded Mason jars of cocktails on New Year’s Meskene out on the curb, cookies over the winter holidays cet backyard drop-off and huge slices of pie at Thanksgiving in an empty train station parking lot. These are customs that I hope may continue long past these times.

In the countdown to this Lunar New Year, I bought a gigantic bottle of hair conditioner for the son whose wavy locks have been getting tangled. The other day, as I blew dry his hair for the first time, he closed his eyes, happy as an ox pausing to catch a warm breeze.

Vanessa Hua is a columnist for The San Francisco Chronicle and the author of “A River of Stars,” a novel about immigration and identity. She has written about Asia and the Asian diaspora for more than two decades.