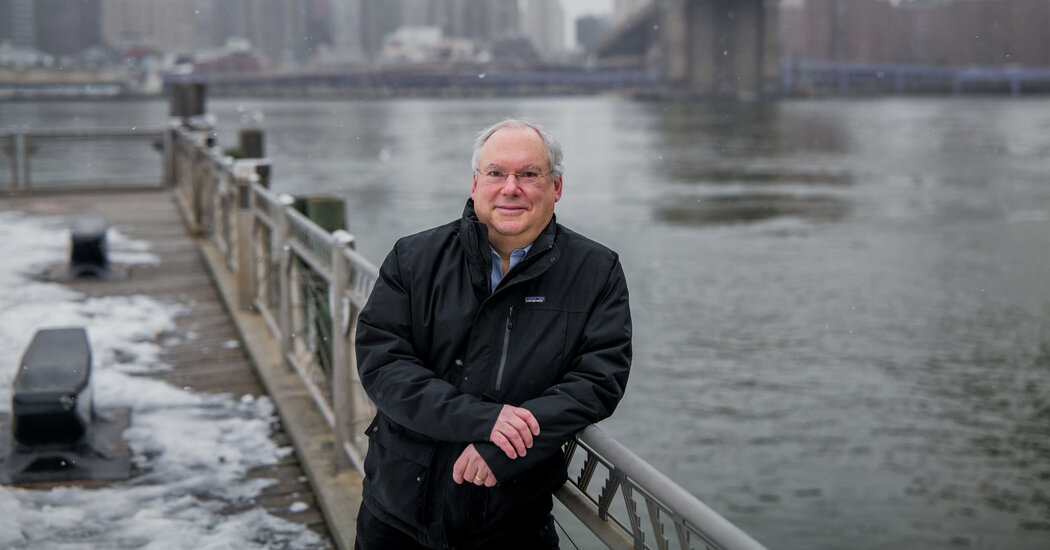 He will oversee the biggest shake-up of New York City streets in decades as car-clogged arteries are permanently turned over for walking, cycling and outdoor dining.

He faces the task of building more bus and bike lanes, including long-awaited bike paths on two crossings over the East River, the Brooklyn and Queensboro Bridges, amid a citywide surge of new cyclists during the pandemic.

He will also have to deliver on the promises made by Mayor Bill de Blasio, a Democrat who is in his final year, to create “bike boulevards” in every borough and carve out more public space in neighborhoods hard-hit by the outbreak.

And Hank Gutman, the city’s new transportation commissioner, has just 11 months before the next mayoral administration takes over.

The ambitious agenda would be challenging even for a seasoned transportation professional, which Mr. Gutman, 70, a retired lawyer and a donor to Mr. de Blasio and other Democrats, is not.

He spent most of his professional career working as an intellectual property lawyer at one of New York’s leading law firms. His selection is a departure from his two predecessors, both of whom had extensive experience in transportation and government. The last transportation commissioner, Polly Trottenberg, was tapped by President Biden to be a deputy transportation secretary.

Mr. Gutman takes charge at a time when Mr. de Blasio faces growing criticism from transportation advocates over his signature program to reduce traffic and pedestrian fatalities and injuries. Even with emptier streets during the pandemic, at least 245 people died in traffic crashes in the city last year — the deadliest year on record since 2014.

During his two terms in office, Mr. de Blasio has been seen by some transportation experts and advocates as not moving quickly enough to make New York less of a car-focused metropolis.

Many advocacy groups have also called on the mayor — and now Mr. Gutman — to do more to speed up the city’s plodding bus network, which carries many poor and minority riders.

“As a wealthy attorney, he has more to prove that he will stand up for New Yorkers whose experiences are different from his own,” said Danny Pearlstein, a spokesman for the Riders Alliance, a grass-roots group of transit riders. “That starts with bus riders — who are overwhelmingly low-income New Yorkers of color.” 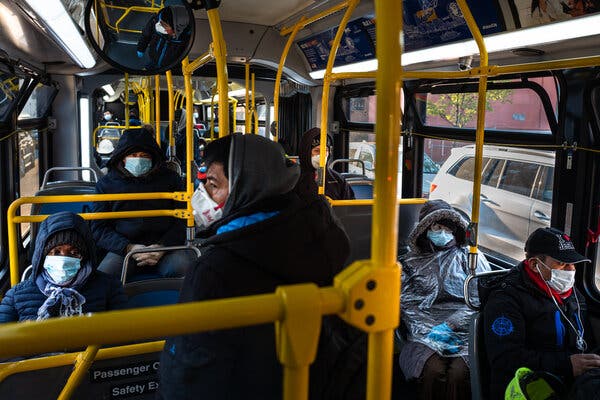 Mayor Bill de Blasio has been criticized for not doing more to help improve the city’s bus network, which is vital to lower-income neighborhoods and people of color. Credit…Jonah Markowitz for The New York Times

Mr. Gutman is eager to take on the challenges, describing himself as a sorun solver.

“If you’re trying to make big changes, it’s often helpful to bring people in from the outside,” Mr. Gutman said in an interview. “You need to take a fresh look, ask the hard questions, challenge assumptions, learn from the experts and the community and then come up with a solution that works.”

Mr. Gutman, a longtime Brooklyn resident, graduated from Harvard Law School and was a partner at one of the city’s top law firms, Simpson Thacher & Bartlett, where he was in charge of the intellectual property practice.

He first met the mayor when Mr. de Blasio was a newly elected city councilman from Brooklyn in 2002. Mr. Gutman, one of the earliest champions of Brooklyn Bridge Park, worked with Mr. de Blasio and other community members to help transform former shipping piers into a showcase waterfront park. Mr. Gutman remains on the park’s board of directors.

“That’s the kind of leader I can depend on to make things happen very quickly,” Mr. de Blasio told reporters at a news conference last week announcing Mr. Gutman’s selection. “We’re going to use every minute of the next 11 months to get a lot done.”

Mr. Gutman also helped lead efforts to create thousands of jobs at the Brooklyn Navy Yard, a former shipyard turned manufacturing hub, where he is the chair of the nonprofit development corporation that manages the city-owned site.

More recently, in 2019, Mr. Gutman jumped into a thorny and largely stalled transportation infrastructure project — the crumbling Brooklyn-Queens Expressway near his home — when he served on a mayoral panel to address its future. City officials are temporarily shoring up the expressway but have not found a long-term solution.

Bruce Schaller, a consultant and former city transportation official, said Mr. Gutman “seems to be a very able guy” who would work effectively with communities and transportation advocates and draw on the expertise and resources of the transportation department.

“You don’t absolutely need to be a transportation expert to do any of that — you need to listen, communicate and lead,” Mr. Schaller said.

Still, Mr. Gutman’s appointment surprised many transportation experts and advocates, some of whom had never heard of him.

Competition for city streets has intensified during the pandemic with sidewalks set aside for outdoor dining and a major spike in cycling. Credit…Jose A. Alvarado Jr. for The New York Times

But Mr. Pearlstein and other advocates said Mr. Gutman’s close relationship to the mayor could be an advantage in helping push through eagerly awaited projects. That would be a departure from his relationship with Ms. Trottenberg, who did not always appear to have the mayor fully in her corner.

Transportation experts and advocates often had to push Mr. de Blasio to embrace measures to take cars off congested streets and make more room for pedestrians, cyclists and bus riders. He embraced the open streets program, one of the city’s notable successes, only when the pandemic created a demand for more public space.

The day after Mr. Gutman’s appointment, a coalition of advocacy groups issued a challenge to the mayor and Mr. Gutman, calling on them to build 30 more miles of bus lanes by the end of the year. Last year, the city built nearly 17 miles of bus lanes, and city officials said they would continue expanding the lanes this year.

Mr. Gutman is not the first commissioner to be appointed from outside the transportation world. Iris Weinshall was not a transportation expert when then-Mayor Rudolph W. Giuliani tapped her for the job in 2000, though she had extensive government experience.

Ms. Weinshall, now the chief operating officer of The New York Public Library, went on to lead the transportation agency for nearly seven years, including under Mayor Michael R. Bloomberg. She oversaw efforts to improve pedestrian safety, including on Queens Boulevard, one of the city’s most dangerous roads, and reduce congestion in the heart of Manhattan, among other initiatives.

Mr. Gutman, who will be paid 11 months of a $243,171 annual salary, said yes to the job when the mayor called because he believed that he could make a difference.

“In a certain sense, every New Yorker is a transportation expert,” he said. “The reason is that transportation issues touch upon everything we do in the city.”

His first order of business was pledging to install 10,000 new bike parking racks in the next two years. Cycling advocates have complained that a shortage of bike parking has discouraged bike riding, led to bike thefts and disproportionately hurt poor and minority neighborhoods with fewer bike resources and infrastructure.

“More bike parking is long overdue,” said Danny Harris, the executive director of Transportation Alternatives, an advocacy group. “And announcing 10,000 new racks on day one is a positive sign that the new commissioner will support the ongoing bike boom.”

“If we’re going to seize this opportunity,” he said, “we’re all going to have to work together.”