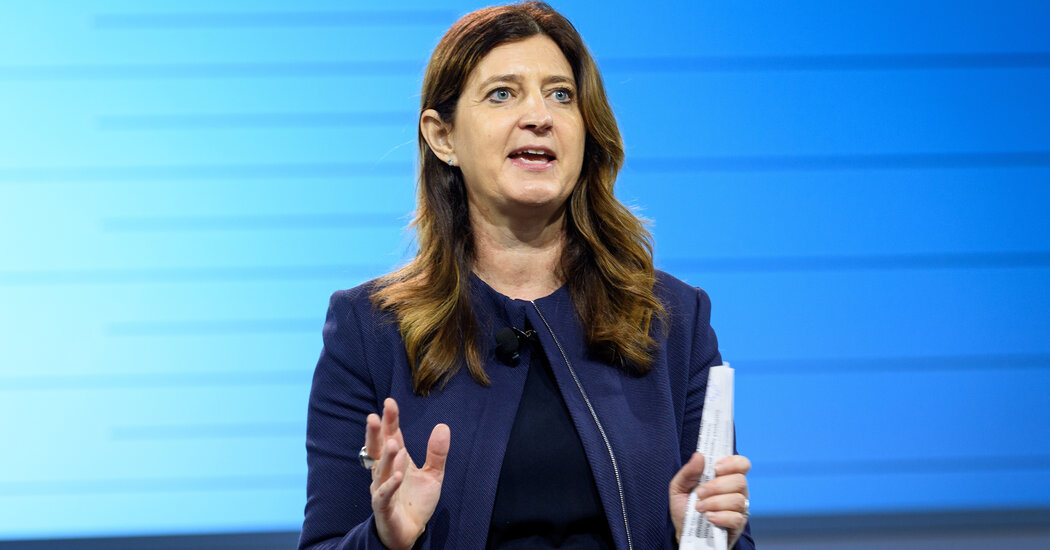 The New York Times announced on Tuesday that one of its highest-ranking editors, Rebecca Blumenstein, will take on a newly created role, reporting directly to the publisher, A. G. Sulzberger, and helping him run newsroom operations as the newspaper’s business expands.

Ms. Blumenstein, 54, a deputy managing editor, has overseen The Times’s website, including the live briefings that became central to coverage of breaking news in the last year. She will remain on The Times’s masthead with a new title: deputy editor, publisher’s office.

“Rebecca will step away from the news cycle to become my day-to-day partner in supporting our journalism operations at a time when they are growing rapidly in size and ambition,” Mr. Sulzberger wrote in a memo to staff on Tuesday.

Before joining The Times four years ago, Ms. Blumenstein was the deputy editor in chief of The Wall Street Journal, where she had been the China bureau chief, international editor, Page One editor and the managing editor of its website.

In the new role, Ms. Blumenstein will focus on diversity in the newsroom, the plans for a post-pandemic return to the office and the challenge of remaining an independent voice in a hyperpartisan landscape, Mr. Sulzberger said in the memo.

Ms. Blumenstein said in an interview that Mr. Sulzberger approached her a few weeks ago. “I will really miss the newsroom,” she said, “but I can see areas where I could help The Times at this important moment.”

“The news business is facing so many challenges,” she added. “We have to do whatever we can to see around the corner of what’s coming and make müddet The Times is the best place for our people and our journalists.”

Ms. Blumenstein will become a more frequent public representative of The Times, “regularly engaging outside our walls to make the case for our model of independent journalism,” Mr. Sulzberger wrote in his memo.

The announcement of Ms. Blumenstein’s new role came amid a flurry of senior-level moves at The Times as it prepares for a leadership change. The executive editor, Dean Baquet, will reach the paper’s usual retirement age for newsroom leaders and top executives of 66 in September 2022.

“Dean and I fully understand the importance of having a robust plan to ensure that the newsroom will be well led far into the future,” Mr. Sulzberger said in a statement last month. “With a deep bench of incredibly talented editors, I’m confident that will be the case.”