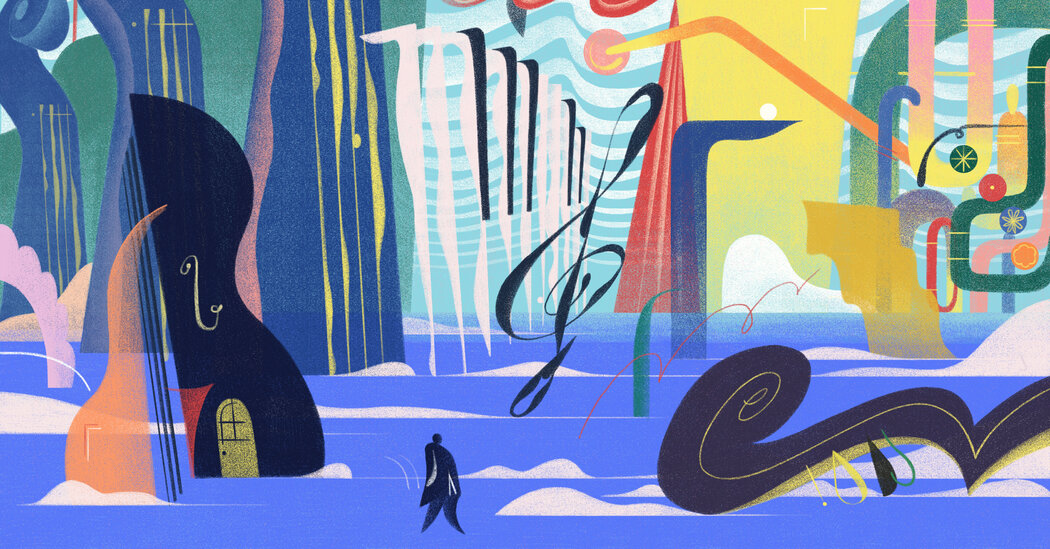 Just think how overwhelming it will be to see the New York Philharmonic onstage at Lincoln Center this fall — when, we hope, it returns after an 18-month absence. The coronavirus pandemic has taught us never again to take live music for granted.

Yet simply a return to normalcy in the music world will not do. The closures of concert halls and opera houses have revealed how fragile the economic support system for classical music actually is. Freelance artists have lost most of their work. Major institutions have been grappling not just with survival, but also with questions of mission, relevance and inclusion, issues that became even more acute when nationwide demonstrations for racial justice broke out last year.

These questions are driving talks and planning at all American performing arts institutions. But I’ve been thinking especially of our orchestras, which, for all their many admirable yet scattered efforts at innovation and outreach, remain reluctant to make fundamental changes to how their seasons are presented. It’s 2021, and we are still debating how to reinvent the orchestra for the 21st century.

“For next season, we must question ourselves,” Deborah Borda, the Philharmonic’s chief executive, said in an interview. “How have we changed, in light of the internal and external journey our nation has been on?”

Now is the moment for orchestras to think big and take chances — yes, even as many players have agreed to salary reductions and administrators are coping with crushing deficits. Conceptually it’s not so hard. Approaching programming with exciting new ideas; fostering music by living composers; finding looser ways to organize a season; educating audiences both in the halls and in communities — all have been kicked around for decades. 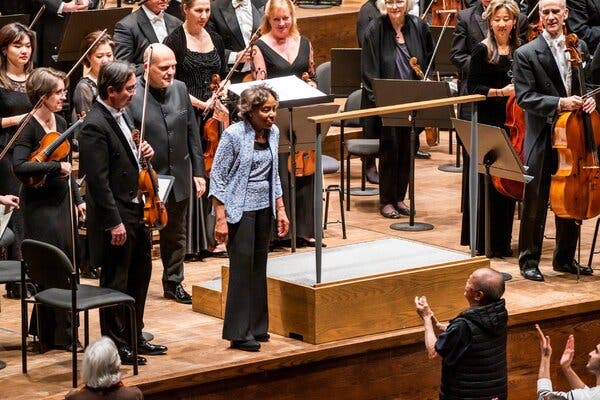 The composer Tania León, commissioned by the New York Philharmonic as part of its Project 19, takes a bow in February 2020.Credit…Chris Lee

It starts with creative programming, which isn’t just important; it’s everything. I’ve long argued that American orchestras think too much about how they play, and not enough about what they play and why they’re playing it. Programming an orchestra season is usually presented as a balancing act between maintaining the standard repertory while fostering contemporary music. But this makes it seem like old and new music exist in separate realms. Music is music; old and new music should be part of an integrated approach.

The most dynamic American orchestras have understood this for years. The San Francisco Symphony, under the conductor Michael Tilson Thomas, brought renegade “American mavericks” like Ives, Cage, Ruggles and Harrison into the orchestra’s bloodstream. The Los Angeles Philharmonic is more or less alone in giving contemporary work an equal platform. I was heartened by the pluck the New York Philharmonic showed in taking a pass on a massive celebration of Beethoven’s 250th anniversary last year. Instead, the orchestra chose to focus on another milestone, the centennial of the 19th Amendment, by inaugurating Project 19, a multiyear venture to commission works from 19 female composers.

And after last year’s Black Lives Matter demonstrations and protests against police brutality, American arts institutions felt compelled to look within, including — especially — the white-dominated field of classical music. There were calls for the arka form to immediately grapple with a legacy of neglect. Orchestras have a responsibility to commission composers of color, to program works by such composers from earlier times, and to hire Black and Latino conductors and soloists — and empower them to leave their mark on programming.

But perhaps the biggest impediment to creative programming and fresh thinking — including broader racial representation — remains the subscription-series schedule that prevails at all major American orchestras and locks them into standard-issue, week-after-week programs loaded with the classics and sprinkled, at best, with unusual or new choices. This structure has continued even as subscriber numbers have fallen. Most people, and not just younger ones, have become accustomed to more flexibility in planning their entertainment. The idea of committing yourself to a regularly scheduled night at your local concert hall feels odd and constraining.

Alan Gilbert, who chafed at the Philharmonic’s strict programming structures, conducting the orchestra in 2017.Credit…Karsten Moran for The New York Times

In 2014, Alan Gilbert, then the Philharmonic’s music director, tried to put a hopeful spin on this shift. “It’s forcing our planning to be inspired and compelling,” he said. “We have to sell individual events. It’s hard, but there’s a great part of that.” He lamented the rigidity orchestras must contend with when subscription programs are scheduled years in advance.

He added, “I can’t tell you the number of times we’ve torn our hair out during meetings, saying, ‘If only we could be nimble on our feet, change a program on a dime.’”

Why can’t orchestras be nimble and respond to sudden inspiration, or current events? If the Pittsburgh Symphony has a hit with a premiere, why must audiences in other cities wait years to hear it? When a major composer dies, imagine if an orchestra were able to organize, on short notice, a küçük şenlik of his or her scores. If halls had been open during the Black Lives Matter demonstrations, I’d like to believe that some scheduled programs could have been altered to present recent and long-overlooked pieces by Black composers.

The subscription model need not be discarded completely. Portions of a season could be planned in advance and sold as a series. Imagine a survey of the six Tchaikovsky symphonies on six consecutive programs, each paired with a mid-20th-century Russian score, or a new piece composed in response to Tchaikovsky. But this series, in my mind, would be offered not over six weeks, but over a week or two, şenlik style.

Most subscription programs are repeated three, sometimes four times. But certain programs could actually run longer, if not for the tyranny of subscription scheduling. I bet Riccardo Muti conducting the Chicago Symphony in a concert performance of a Verdi opera could sell 10 performances. On the other hand, the Boston Symphony could offer a concentrated celebration of Boston composers, with 10 programs over two weeks, each performed just evvel, pairing composers who evvel loomed large in the city — Leon Kirchner, Gunther Schuller, Donald Martino — with diverse emerging composers from the region.

When imaging how orchestras could thrive in the future, the spaces they perform in are pivotal. The Los Angeles Philharmonic, the “most important orchestra in America — period,” as my colleague Zachary Woolfe argued convincingly in 2017, would doubtless have been less successful at tying its mission to education and social justice without having Walt Disney Concert Hall, a Frank Gehry-designed masterpiece, as its home. In addition to its gleaming, glorious auditorium, Disney Hall has all sorts of smaller spaces, even nooks and crannies in the winding lobbies, where visitors can be engaged by talks and intimate performances.

An artist rendering shows the Philharmonic’s plans for the renovation of David Geffen Hall, its home at Lincoln Center.Credit…New York Philharmonic, via Associated Press

Borda, who oversaw the creation of Disney Hall, is now working on a major renovation of the New York Philharmonic’s David Geffen Hall. When the pandemic put an end to concerts, it seemed possible that the Geffen project might be put on hold. But implicitly acknowledging the challenges of seeing the renovation through, Borda doubled down, ceding some day-to-day operations to colleagues so she could focus on leading the Geffen effort.

The larger goals of the project are more important than ever, she insists. “How can we amplify, employ and design a space so it truly is a gateway, a welcoming port for the community?” she said in the recent interview. The new Geffen Hall will have, she added, a “new flexibility to allow us to produce events we haven’t dreamed of yet.”

There will be a welcome center and expanded lobbies; a Sidewalk Studio where passers-by will be able to see performances and activities taking place. Best of all, the expanded front lobby will have a wall devoted to screening performances. And it will be possible to open three sides of the lobby to the plaza to allow people to wander in and out.

I’d go further. Why not broadcast the orchestra’s rehearsals during the day to show the public what musicians’ work entails? The lobby could also be a space where players from the orchestra, composers and conductors present short performances and talks during the day.

Borda emphasized that any increased programming flexibility won’t matter if the Philharmonic doesn’t transform its hall into an acoustically vibrant, intimate-feeling and appealing space. Giving concerts, after all, is what orchestras do.