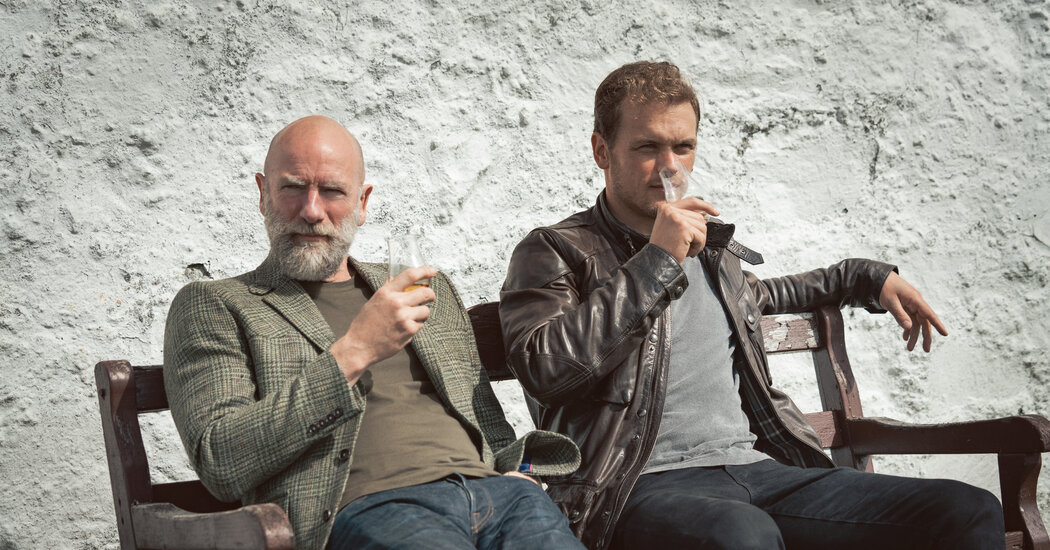 This time last year, Sam Heughan was in Los Angeles promoting the fifth season of his Starz hit “Outlander.” Heughan plays Jamie Fraser, a righteous “king of all men” archetype and the beloved husband of Claire (Caitríona Balfe), in the fantastical period drama, an ode to 18th century Scottish history, culture and diaspora that eventually takes the characters to colonial America.

Like many people in early 2020, Heughan soon found himself stuck in place — as Covid-19 lockdowns went into effect around the world, the Glasgow resident remained in Los Angeles because of uncertainty over gathering and travel safety.

But he was dreaming of Scotland. Heughan (pronounced HEW-an) spent much of his time in quarantine remotely collaborating with his former “Outlander” co-star and fellow Scot, Graham McTavish, on a book called “Clanlands,” based on a road trip they had taken through Scotland to shoot footage for a TV pilot about the country’s culture. Released in November, the book became a best seller; now viewers can watch the show that resulted.

“Men in Kilts,” which premiered this week on Starz, might surprise viewers who know Heughan only as the noble Jamie, showcasing his lighter, more mischievous side as he and McTavish travel the countryside, bonding and occasionally bickering as they dive into Scottish food, drink, sports, dance and much more.

“‘Outlander’ made me realize how much I love Scotland, how much I didn’t know about Scotland,” Heughan said. “But also how much I knew and learned as a child, but wasn’t really aware of.”

In a görüntü call last week, Heughan talked about how “Men in Kilts” came to life, his passion for all things Scottish and his surprisingly busy pandemic year. These are edited excerpts from the conversation.

The authors wrote their best-selling book, “Clanlands,” during quarantine.

How did the idea for “Men in Kilts” come about?

Working on “Outlander,” I saw that people were really interested — as was I — in Scotland and in these Highland characters, especially during Seasons 1 and 2. And then, by chance, I was having a coffee and a beer with Graham McTavish in Los Angeles and he mentioned that he had an idea for a documentary show about Scotland. Two years ago, I just started thinking, why don’t we just do it? So while shooting “Outlander,” we managed to organize a crew and some locations and got it all together. We produced a sort of pilot episode that we could pitch to Starz and [Sony Pictures Television, the producing studio], and it progressed from there.

The book is the story of the initial road trip and material we shot before we’d sold the show. We wrote it remotely during lockdown while I was in America and Graham was in New Zealand. It was a really quick process — we started writing it in March and delivered it by summer.

What were some new things you learned about Scotland and your relationship to the country while making the show?

We just touch the surface of it, but for example, the seafood that we have is the best in the world. Even Scottish fruit is amazing. It’s not just whisky and haggis, though of course we do look at that on the show.

I really just wanted to share my love of Scotland and its landscape, culture and music. Like Ceilidh dancing — Scottish dancing — is just part of my heritage, but people don’t know about it. And I wish everyone could go to a Ceilidh because they’re the best fun ever.

You and McTavish come across as having a humorous, almost familial relationship. What was it like working on this together?

We’re two almost middle-aged white males trying to prove to the other one that we’ve got what it takes, and we really don’t. We do get on and there’s no one else in the world who I like to wind up as much. Our banter or humor is like a dysfunctional married couple.

The process of creating a TV show is very different to what I was used to — to really be in control of the content and the scheduling and the edit. So we were involved along the way and it was really good fun to work with Graham. Difficult, because of different time zones and Covid, but we’re really lucky that we managed to get it all together. 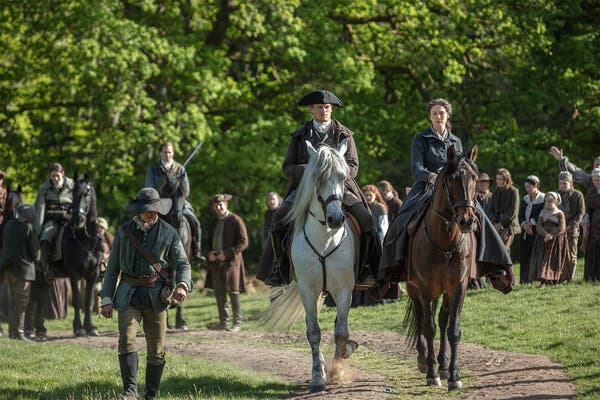 Heughan, Caitriona Balfe and the rest of the “Outlander” cast and crew are currently shooting Season 6 after a pandemic delay.Credit…Mark Mainz/Starz

You recently started filming the sixth season of “Outlander” after months of pandemic delays. How did you spend your time off?

It’s been strangely busy for me. We went into the lockdown, and I was initially in America, and we were writing the book — I don’t know if the book would have happened without the lockdown because I had so much time. Then we were working on “Men in Kilts” as well, the preproduction, and after that first lockdown, we went into shooting. Then I went to London, and I shot a movie called “Text for You,” with Priyanka Chopra Jonas.

Part of me was like, it’d be quite kaç to just take a bit of time out. But I’m so fortunate that we’re working and also making müddet that everyone is safe with the Covid protocols.

What has it been like shooting with these new rules?

It’s not so much the protocols that are difficult — you have to wear a mask, you have to social distance where you can — it’s more the psychology of it. Certainly when you first start a job, everyone’s very deriyse, very aware. Of course the protocols are there for your own good, but everyone struggles with feeling like you’re being repressed or not being yourself, or going against your own instincts as a human being. When you see somebody you haven’t seen for a while, you want to give them a hug or touch them or get closer to them. You’re having to go against your instincts as an actor on set, where you’re supposed to use your instincts to portray a character. So it is a really weird situation, but you get used to it.

In October, you shared a phone number that fans in America and Canada can use to send you text messages. Why did you choose to make yourself available like that?

I’m pretty private in my personal life. But I was having a lot of problems with scammers, people pretending to be me or my company. So this felt like a way I can say, look, if it’s not verified, it’s not me. So hopefully it should make things clearer. It’s not something I use much, but occasionally if I want to reach out directly to fans or ask their opinion about something, I can do that. But it is pretty overwhelming, to be honest.

Given the affection many “Outlander” fans have for you, specifically, have you received any shocking messages?

I don’t really see anything untoward — there might be the odd one, but I just ignore it. I suppose that’s surprising, but it goes to show that this fan group is quite unique and very supportive. Even with their response to My Peak Challenge, my charity, we now have over 14,000 members and have raised $5.5 million. The positivity around it is amazing and it comes from the fans.

You also have a whisky called Sassenach, the name of which will be familiar to “Outlander” fans. How did you get into that, and why did you choose thatname?

I’d been approached by a number of distilleries to white label something, and I just didn’t want to do that. I wanted to create it myself. So it’s self-financed, and I did a big tour with my business partner in Scotland, tasting lots of whiskey — it’s a hard job.

Sassenach is a Scottish Gaelic word meaning outsider — originally it meant English person, and it was quite derogatory. But “Outlander” changed the meaning, and people started calling each other “Sassenach” as a term of endearment. That’s what I liked: It’s about the outsider, and we all feel like outsiders at some point.

Now that Brexit is officially here, Britain is evvel again an outsider in relation to the rest of Europe. Has it affected your businesses or other projects in any way?

Asking an actor about politics is probably never the best thing. The times I’ve mentioned politics or Tweeted or Instagrammed something, and the abuse you get, especially about American politics — people telling me I don’t know what I’m talking about because it’s not my country. But it’s wrong to think that what happens in another country doesn’t affect the rest of the world.

Brexit has been a complete mess, complete shambles to my mind, totally ridiculous. This insular kind of jingoism that’s been going on — I love Britain, and I’m also proud to be Scottish, but I don’t want to be a backward country that thinks it’s better than everyone else. And I also think working with Europe is really important. With my partners, we had a lot of business with Europe, and it’s cost us a lot of money and time just trying to navigate that. I’m thinking, too, about the Scottish fishermen, for example, who are having to dump their catch [because of export delays caused by new regulations]. It’s all going to waste due to Brexit, and they’re losing their livelihoods. It infuriates me.