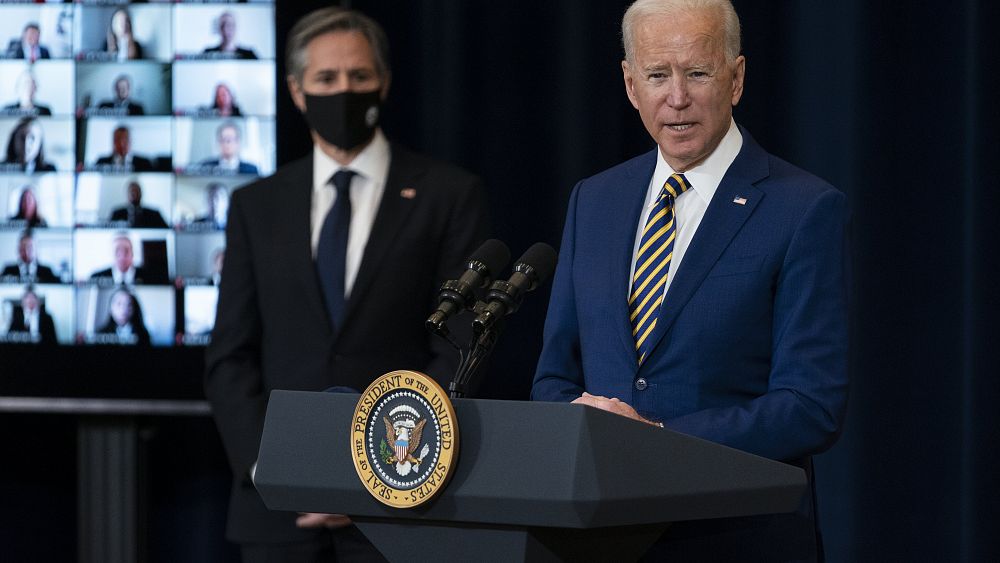 US President Joe Biden announced that he would withdraw US support for the Saudi Arabia-led offensive in Yemen as part of a reset of American diplomacy during his administration.

“America is back. Diplomacy is back at the centre of our foreign policy,” Biden said as he spoke about a range of foreign policy issues and announced changes to current US policy.

“We will repair our alliances, engage with the world once again, not to meet yesterday’s challenges, but today’s and tomorrow’s.”

Citing the pandemic, climate crisis and nuclear proliferation, Biden said that nations had to work together and that he planned to focus on defending freedom through diplomacy.

Biden said he wanted to rebuild democratic alliances that had “atrophied over the past few years from neglect and I would argue abuse.”

The US president lamented that American leadership and moral authority had been lost and needed to be “earned back”. He has already reversed a number of his predecessor’s policies including rejoining the Paris climate agreement and support the World Health Organisation.

Stepping up diplomacy to end the war in Yemen

President Biden said his government would end all US support for the Saudi-led offensive in Yemen including “relevant arms sales”.

Biden said his team would ensure support for the UN initiative to impose a ceasefire and restore peace talks.

The US appointed a career diplomat Tim Lenderking as a special envoy to the Yemen conflict. He said they would push for a diplomatic resolution and that the US would work to ensure that humanitarian aid would reach people in Yemen.

“This war has to end,” Biden said.

The UN’s humanitarian affairs office puts the estimated death toll from the six year war at 233,000, “including 131,000 from indirect causes such as lack of food, health services and infrastructure.”

The US president announced that there would be a posture review of military forces around the world by the new defence secretary.

Biden said that he would freeze any planned troop withdrawals from Germany.

Donald Trump’s administration had announced in July plans to redeploy some of the thousands of US troops in Germany to other European countries.

Calls on end of Myanmar coup

Biden said that he had been in touch with allies about the situation in Myanmar and that they would impose consequences on those responsible.

“There can be no doubt that in a democracy, force should never seek to overrule the will of the people or attempt to erase the outcome of a credible election,” Biden said.

He called on the military to relinquish power, release officials they detained and lift restrictions on telecommunications.

Biden said that the US must meet a “growing ambition from China to rival the United States and the determination of Russia to damage and disrupt our democracy.”

The US and Russia recently agreed to sign the New Start treaty, that limits nuclear weapons.

“At the same time, I made it clear to President Putin, in a manner very different from my predecessor that the days of the United States rolling over in the face of Russia’s aggressive actions, interfering with our elections, cyberattacks, poisoning its citizens are over,” he added, claiming he would be more effective at dealing with Russia.

Biden said he was concerned by the the jailing of Alexei Navalny and recent detentions in Russia. He called for Navalny’s release from prison.

Biden then said he would confront China’s “economic abuses” but also planned on working with Beijing when in their interests.

_This article is being updated.
_