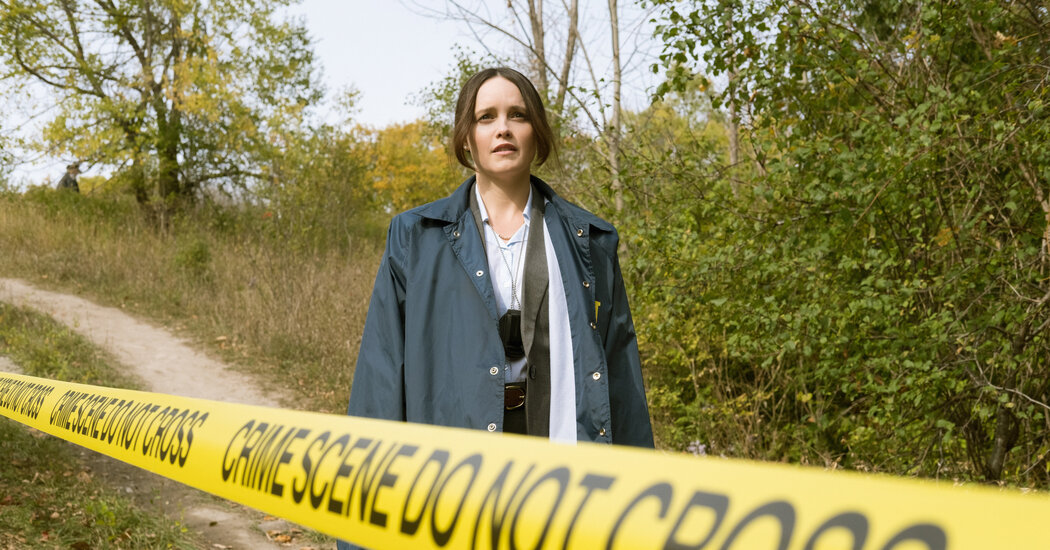 Among the disappointments of reboot culture is an impossible tension between the quality of the source material and the purpose of expanding the story: What if the most interesting, distinctive and dramatic parts of a character’s life have simply already happened? Not all stories are origin stories.

“Clarice,” premiering Thursday on CBS, is a continuation of the saga that began in Thomas Harris’s book “Red Dragon” and is best known for the movie “The Silence of the Lambs.” And while there’s no shame in not being as good as “The Silence of the Lambs,” shooting for the moon, as middle school yearbooks teach us, allows one to land among the stars. “Clarice” is not aiming for the moon; it is aiming for — and achieves — CBS cop show. It’s a franchise in search of a purpose.

The series is set in 1993, and Clarice Starling (Rebecca Breeds) has post-traumatic stress from her experiences capturing Buffalo Bill, the serial killer in “Lambs.” Now she’s been tapped for a special unit within the F.B.I., summoned by the Attorney General (Jayne Atkinson) herself — a woman who has a particular interest in Clarice because it was her own daughter whom Clarice rescued from Buffalo Bill’s pit.

You don’t really need to rewatch “The Silence of the Lambs” to get “Clarice,” but the show assumes a strong familiarity with the material and wants it at the forefront of viewers’ minds. In the pilot, a version of the song “There Is Power in the Blood” wails over an aerial shot, telling us that there is “power, power, wonderworking power in the blood of the lamb.” You know, like … silence … of … the. … Clarice’s traumatic flashbacks to the horrors of the Buffalo Bill investigation are vivid only to the degree that they are recognizable. Because of rights issues, Hannibal Lecter is never mentioned by name on the show, though he is sometimes referred to as “the cannibal,” and his absence is acute.

It is completely possible for “Clarice” to shed this burden eventually and grow into its own show; “Hannibal,” which ran for three seasons on NBC, had to get some wiggles out before becoming its distinctive and gruesome self. And if the show plans to dig in more to Clarice’s current psychological suffering, this is perhaps important ground for the series to repave on its own.

Based on the five episodes made available for review, I just wish it felt more special instead of yet another glugged out blob from the crime show machine. There are lots of camera shutters gasping and gross images of mutilated corpses, and of course everything is underlit and difficult to see. Clarice’s vices are Diet Coke and Twizzlers, and we learn that as a child, she watched “Road Runner” — why, these details are almost too specific and illuminating. Predictability abounds.

You guessed it: “From yourself.”

The flashbacks to Clarice’s childhood, particularly the death of her father, are so literal and direct that they’re almost silly and are emblematic of the show’s general aversion to nuance. This is not uncommon with procedurals, but at least on “Bones” there was kissing sometimes.

It all just feels noncommittal, especially in look and energy. For a story set in 1993, no one appears to be wearing clothing from 1993, or has a hairdo from 1993, or is thinking thoughts from 1993. One character mentions Terri Schiavo. There are several references to Waco, but none have the potency you would expect for an event that happened, at most, a few months earlier. Clarice’s BFF lives in a loft straight out of “New Girl” and has Instagram-famous artsy couches. Every single suit is cut slim and chic, as if Dana Scully’s voluminous wardrobe never existed. One reference to a fax machine does not a period setting make.

Clarice and friends begin uncovering a conspiracy tied to a medical trial, and the show thus far seems to be divvying up procedural stories and more serialized arcs. In “The Silence of the Lambs,” the audience has more information than Clarice does because we see Buffalo Bill and know who he is and what he’s up to; we are not also solving the mystery, so the question is how not what. Here, as in many contemporary crime shows, we mostly have the same amount of information that the characters do, so we are solving alongside them. This requires making the audience deva about the what, but that part of the show just has not hatched in any real way.

Whatever makes Clarice special is ostensibly what will make “Clarice” special. But with so many other crime shows on television, “genius cop who does things her way, has a dark past and sometimes jogs” is not enough.