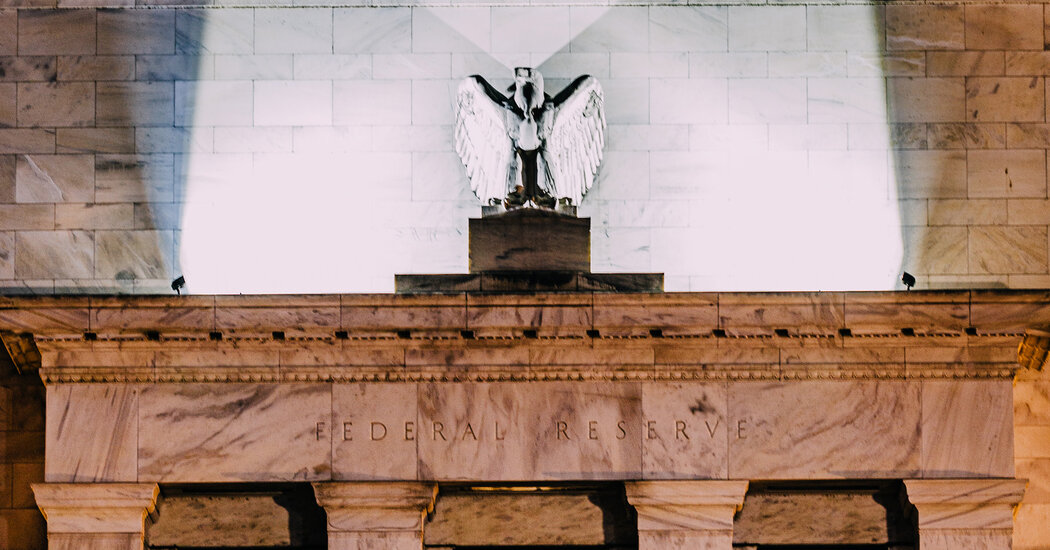 Ever since Paul Volcker’s Federal Reserve defeated high inflation in the 1980s, there have been sporadic rumors of the old monster’s return. The murmurs are getting louder now.

The Fed has flooded the economy with money since the pandemic hit, and promised to keep interest rates low until inflation rises above 2 percent and stays there. The federal budget deficit is large and Congress is considering relief legislation that would make it still larger. Market-based indicators of expected inflation have been rising.

Hence the new round of inflation hand-wringing. The Harvard economist Lawrence Summers raises the prospect of “inflationary pressures we have not seen in a generation, with consequences for the value of the dollar and financial stability.” Olivier Blanchard, the former chief economist for the International Monetary Fund, warns that we risk not just “overheating” the economy but “starting a fire.”

They should relax. The evidence that high inflation is on the way is weak. It’s too weak, actually: An economy on the verge of a robust recovery would be showing more signs of rising inflation. Right now, inflation appears more likely to stay below its optimal level than above.

It certainly has not spiked yet. The measure of inflation that the Fed targets, the Personal Consumption Expenditure Price Index (which tracks the cost of food, housing, clothing and more), was well below 2 percent in 2020. So inflation hawks have highlighted the difference in yields between Treasury bonds that are adjusted for inflation and those that are not. That difference has been rising in a way that seems to imply that the market is forecasting inflation a little above 2 percent.

But the Treasury ties its inflation-adjusted bonds to a different measure, the Consumer Price Index, and it typically runs higher than Personal Consumption Expenditure inflation. More important, the Fed’s own purchases of these bonds has made the market for them more liquid, thus decreasing their yield.

Take account of such factors, and the forecast for the average inflation rate over the next five years is under 1.5 percent, well below the Fed’s target for action. For all of the recent alarms sounded about inflation, expectations are below where they were before the pandemic started.

Other projections aren’t showing high inflation either. The consensus of the Survey of Professional Forecasters is for inflation to just hit the 2 percent mark over the next five years. The Fed’s own policymakers don’t think inflation will rise to 2 percent until 2023. The Cleveland Fed’s widely cited measure of inflation expectations is similarly subdued, and below its pre-pandemic level.

To infer rising future inflation from the expansion of public debt or the money supply is to miss half the story. The demand for relatively safe assets such as Treasury bonds, which are more attractive in times of küresel uncertainty, has also been rising during the pandemic. Low interest rates, meanwhile, are not very stimulative when the economy’s equilibrium interest rate is low too. Ignoring these issues led some commentators to erroneously predict high inflation 10 years ago, in the aftermath of the Great Recession.

Inflation has instead run below the Fed’s 2 percent target for nearly the entirety of the last decade. That may sound like a boon to a lot of people, especially those who remember the double-digit inflation of the late 1970s. But low inflation can present problems of its own.

The pandemic depressed incomes. The economy is still about $900 billion smaller than it had been projected to be by this point. That’s in “nominal” dollars, without adjusting for inflation.

The size of the economy in dollars matters because many contracts are written in those terms. When incomes fall below expectations, the ripple effects, for households trying to hisse mortgages and firms trying to maintain payrolls, can be severe. Bringing national income back to where it would have been without the pandemic avoids these needless disruptions and fosters the economic stability needed to coordinate plans for the future.

But catch-up growth in the dollar size of the economy would almost certainly entail going through a period of inflation above 2 percent. The key questions are whether the Fed will seek such growth, or at least tolerate the inflation that comes with it, and whether markets will have confidence that it will.

If the Fed’s likely reaction to 3 percent inflation would be to slam on the brakes, then we won’t get the growth we need — no matter how much Congress spends.

The more credibly the Fed signals that it will accept a period of elevated inflation, on the other hand, the more of that catch-up growth we will have, even without fiscal stimulus. The Fed has, thankfully, shown awareness of this point in recent months. Its recent statements about inflation and interest rates have raised expectations for catch-up growth. They just haven’t done it enough.

One reason they haven’t, of course, is that so many influential voices are carrying on as though we were about to relive the 1970s. The danger to which the inflation hawks are pointing is mostly illusory. The one the hawks themselves pose is all too real.

David Beckworth is a former economist at the Treasury Department and a senior research fellow at the Mercatus Center. Ramesh Ponnuru is a fellow at the American Enterprise Institute and a columnist for Bloomberg Opinion.