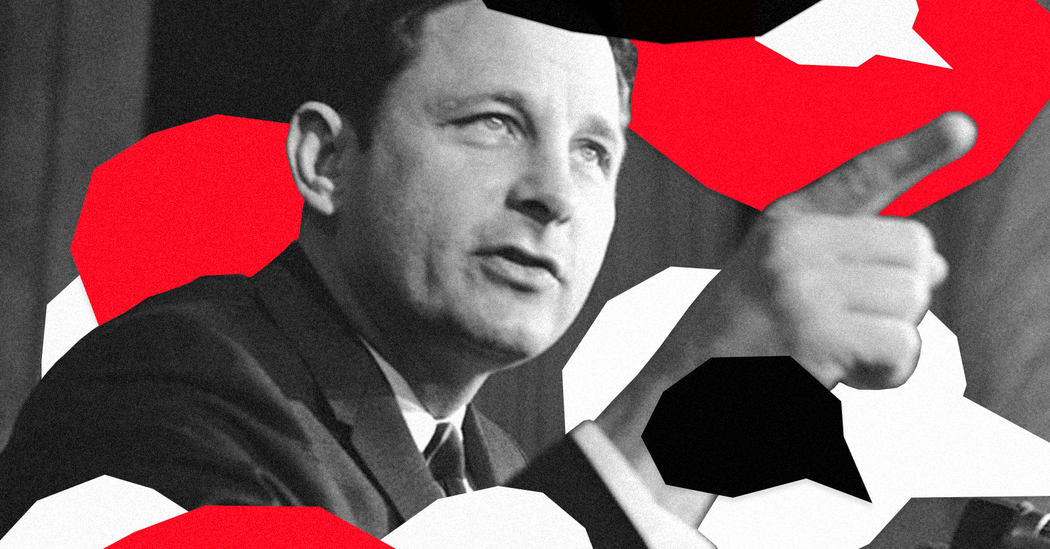 Debates over the filibuster tend to get theoretical fast. It’s there to protect minority interests, defenders say. Without it, majorities will run rampant. Lost in the back-and-forth is the reality of how the tool has been used so often in practice: to delay, if not destroy, legislation that promotes racial equality.

From the end of Reconstruction until the passage of the Civil Rights Act of 1964, the only bills killed by filibuster were those dealing with civil rights.

For all the invocations of high-minded principles, the pattern is unmistakable. Again and again, white Southern senators, afraid of losing their accustomed seat atop the racial hierarchy, beat back progress with the blunt instrument of unlimited debate, or at least the threat of it. They nearly took down the Civil Rights Act, too. That failure ushered in the nation’s first true experiment in multiracial democracy. But the Southerners still had the filibuster, and soon they had their revenge.

In the late 1960s, the country was on the verge of dumping the Electoral College and switching to a national popular vote for president. A relentless campaign by reformers in Congress had succeeded in convincing 80 percent of Americans to back a direct vote. National organizations with little else in common — including the American Bar Association, the Chamber of Commerce and the League of Women Voters — were on board.

The effort got a last-minute boost from the chaotic 1968 election, in which the segregationist third-party candidate George Wallace nearly deadlocked the race and forced it into the House of Representatives. Americans everywhere agreed that this 200-year-old relic was going to destroy the country.

In September 1969, the House voted overwhelmingly, 338 to 70, to approve a constitutional amendment abolishing the Electoral College. Surveys suggested as many as 30 states were ready to ratify, and several more appeared to be on the cusp.

Even the most stalwart opponents of a popular vote had resigned themselves to the likelihood that this was an idea whose time had come. The amendment stood an “excellent chance” in the Senate and a “better-than-even chance” in the states, wrote two conservatives in The New York Times Magazine.

“We were in a moment,” Jay Berman, a top legislative staff member for Senator Birch Bayh of Indiana, told me. Mr. Bayh had been pushing for a popular vote since 1966, shortly after the passage of the Civil Rights and Voting Rights Acts had ended the Jim Crow era and pulled America closer than it had ever been to a truly representative democracy. Electing the president directly was the next logical step in that progression.

“It’s very, very difficult to deal with institutional, transformative issues like this. And we had that moment,” Mr. Berman said. “That’s what makes it so galling.”

The “it” was the unceremonious collapse of the popular-vote amendment, which died on the Senate floor in late September 1970.

A lot happened in the year after it sailed through the House, including two failed Supreme Court nominations by President Richard Nixon, that delayed and distracted senators. But in the end, the amendment was killed off for good by a filibuster led by three Southerners — Strom Thurmond of South Carolina, Sam Ervin of North Carolina and James Eastland of Mississippi, the long-serving chairman of the Judiciary Committee and one of the most powerful men in the Senate.

All three men were avowed segregationists, and the descendants of slaveholders. They had been battling any move toward racial equality for years. In 1957, Senator Thurmond filibustered a civil rights bill for more than 24 hours — a feat for which he prepared like a long-distance runner, and which no one has since matched. The law passed in the end, as did the landmark bills of the mid-1960s. Mr. Thurmond and the other racists were determined not to fail again.

“There were no mysteries about what the Southern bloc intended to do. For them, this was a way-of-life issue,” Mr. Berman said. When I asked him specifically what way of life, he said, “The fact that Black people could vote, and vote without intimidation.”

As the Southerners were well aware, the Electoral College was a bulwark of white supremacy. It protected white dominance throughout the South, where Black voters who were no longer disenfranchised by Jim Crow could still be rendered invisible by state winner-take-all laws. Under these laws, the white majority in states like Alabama, South Carolina and Georgia always got its way. If the nation switched to a popular vote, each Black voter in those states would have just as much say as a white voter in electing the president.

“This was going to change the whole political structure in the South,” Mr. Berman told me. Evvel all votes were equal, it “would be opening a door to a process that they had no control over.”

The racial subtext went largely unspoken at the time. Instead, as the historian Alex Keyssar documents in his comprehensive new history of the Electoral College, the defenders of the status quo trotted out familiar if unfounded claims about the dangers of the popular vote: It would destroy America’s two-party system; it would undermine federalism; it would lead to widespread fraud; and so on. They accused those who argued that the president should be the person who wins the most votes of a “naïve” embrace of “mathematical purity.”

But what was going on was obvious enough, especially after 1968, when the Electoral College had nearly allowed an unrepentant racist to hijack the presidential election. “You didn’t need a mastermind to say, ‘Hey, what’s behind this?’” Mr. Berman said. “It was there. It was the elephant in the room.”

Throughout 1970, as Mr. Bayh struggled to bring the amendment to a vote, the threat of a filibuster lurked. He tried to fight fire with fire, threatening his own filibuster of Mr. Nixon’s nomination of G. Harrold Carswell to the Supreme Court. The nomination eventually failed, but Mr. Bayh had lost precious time.

The Southerners managed to delay the amendment with various tactics throughout the summer. By September, those tactics had been exhausted, and the filibuster began.

Mr. Bayh needed 67 votes to end the filibuster, known as invoking cloture. (A few years later, the Senate dropped the threshold for cloture to 60.) As September wore on, he was having trouble getting out of the mid-50s.

This double-supermajority hurdle infuriated Mr. Bayh and his staff. “We already needed a two-thirds vote!” Mr. Berman said, referring to the requirement for all constitutional amendments. “This was like, in football, a 15-yard penalty for piling on.” Only there was no penalty.

Still, Mr. Bayh was confident that if the amendment could get a full floor vote, it would pass. The dispute over the Electoral College wasn’t partisan, as it is today. “The paramount issue,” said Senator Howard Baker, the Tennessee Republican, “is the fundamental right of every citizen to cast a vote that has no more weight nor no less weight than that of any other citizen.”

On Sept. 29, 1970, the Senate voted on whether to end the filibuster and move forward with the amendment. The amendment’s supporters fell five votes short. No effort to switch to a national popular vote has come anywhere near as close since.

“Boiled down to the essentials,” Mr. Keyssar writes, “reform was blocked by a coalition of Southern Democrats and small-state conservative Republicans. The 34 senators who voted nay came from states with 27 percent of the nation’s population.”

Tom Wicker, the New York Times columnist, called the Electoral College filibuster “a blatant case of a little band of willful men who fear, and are therefore thwarting, both popular will and the political process that they extol.”

For Senator Bayh, who died in 2019 at 91, “it was the greatest disappointment of his life,” Mr. Berman told me.

Mr. Berman rejects the idea that the filibuster has ever been necessary to protect the interests of the minority. “Minorities are safeguarded in the very institution of the Senate,” he said. “The filibuster is like whipped cream — a lot of calories but no substance. All it does is stop things.”