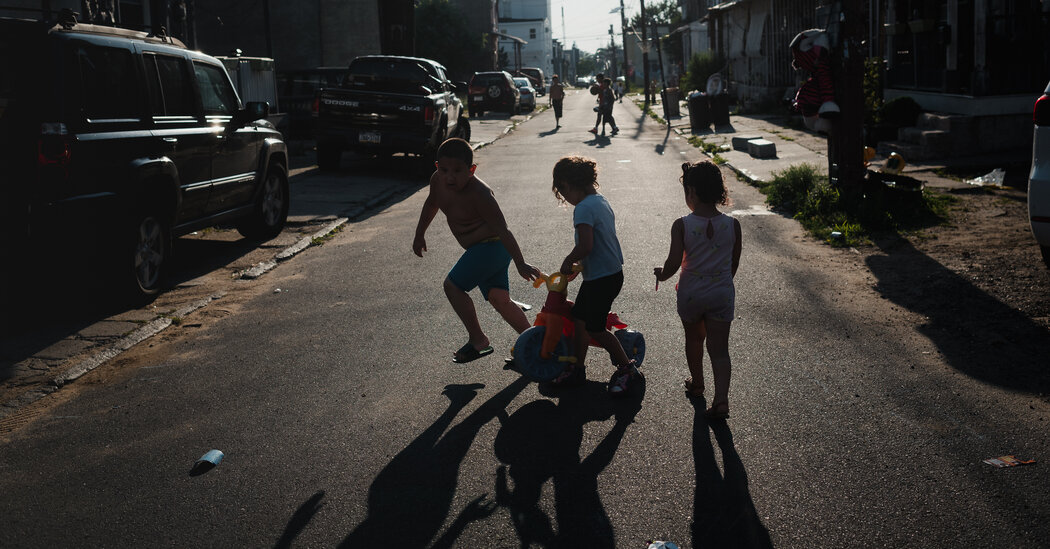 These credits are among the most significant programs aiming to alleviate poverty for families in America. But until now, they’ve both been limited to recipients with work income, excluding some of the neediest from aid.

The president’s plan makes a partial break with that history. It proposes increasing the child tax credit benefit to $3,000 per child from $2,000 and takes the positive step of making the full figure available to all low-income families, even those with no earnings.

But in the case of the E.I.T.C., Mr. Biden’s proposal increases the benefit for childless adults to $1,500 from $543, but does not make the full $1,500 available to people with very low or no earnings. Nor would it make existing E.I.T.C. benefits for families with children fully available to those with lower incomes. It’s a classic approach: You must work to receive help.

From the time of its introduction in 1975, the E.I.T.C.’s proponents thought of it as a way to reduce welfare expenditures by tying benefits to work, and pushed its adoption specifically to head off other proposals that would have provided benefits to those with no earnings. This began a trend in both parties that encouraged thinking of aid to the poor in terms of tax credits instead of direct cash aid.

While there is merit to helping people find work, it is morally wrong to do so by tying important social benefits to work when the jobless are among those struggling the most.

Mr. Biden’s plan begins to acknowledge these contradictions, but then promptly continues them. His rationale for extending the child tax credit to low-earning families is that tens of millions of children live in families that are currently too poor to receive the full benefit. Yet, the same is true for the E.I.T.C., where families with children are eligible to receive the full benefit only if they have earnings above $10,639 for a one-child family or $14,949 for a family with more than one child. The president’s plan to expand benefits to working childless adults is far from a bad thing, but it does nothing to change how millions of families without income are excluded from the full benefit. Why fix one credit but leave the other broken?

And what kind of anti-poverty program helps the poorest less, not more? Consider families that consist of one parent and one child. The poorest families of that type, those with no earnings, receive $3,000 in tax credit benefits under the Biden proposal, while families earning a little more than that, such as one with $19,500 of earnings, would receive $6,618 of benefits. So, despite being less needy, children living in some families with incomes right around the poverty line receive more than double the benefits of children living in extreme poverty.

The situation becomes bleaker still when we consider America’s history of labor discrimination against minority groups. Like any program that intentionally leaves out the poorest members of our society, the E.I.T.C.’s design disproportionately excludes people of color. Thus, according to calculations based on the Current Population Survey, 15 percent of Black children are too poor to receive anything from the program. For Latino children, the number is 10 percent. For white children, it is just 5 percent.

By excluding people with very low or no earnings, the E.I.T.C. penalizes people simply for being victims of discrimination in the labor market. Other programs, like food stamps, Medicaid and unemployment insurance help to counteract racism in the economy by providing resources that are not based on labor market success. But the tax credit does not, and delegates to the nation’s hiring managers the power to not just deny people jobs and wages but also important social benefits at the same time.

Better yet, Democrats should consider scrapping these tax credit programs altogether in favor of a universal child benefit program that would hisse a flat monthly sum to all households for every child they deva for.

This would address some of the other glaring problems with using tax credits for aid, such as the fact that the E.I.T.C. is so complicated to apply for that 22 percent of people who are eligible for benefits never receive them, a failure that reduces the antipoverty effect of the program by a third. Direct aid, separate from the tax system, could more easily get to those who need it and wouldn’t be siphoned off by tax preparation companies, which typically charge fees equal to 13 to 22 percent of the E.I.T.C. amount.

So while Mr. Biden’s tax credit proposals are an improvement on the status quo in certain respects, we can do better than an overall tax credit scheme that perpetuates our society’s prejudices and excludes far too many from aid.

Matt Bruenig is the founder of People’s Policy Project.