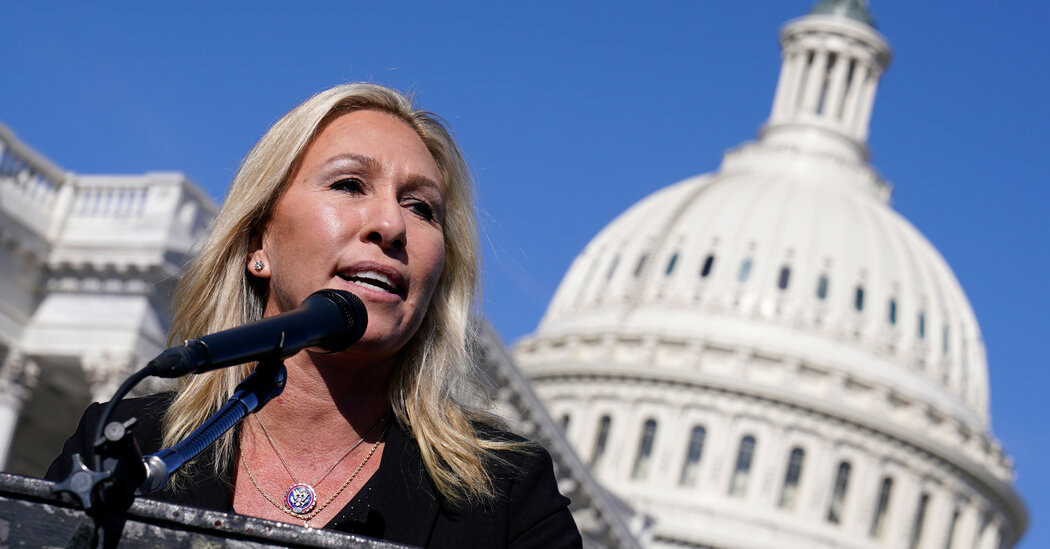 When I was coming of age as a journalist, it was an article of faith — and political science — that female Republican politicians subdued their party’s excesses. It was a measurable phenomenon, even: Republican women voted to the left of their male counterparts in Congress.

But as the G.O.P. began to radicalize, becoming not just a small-government party but an anti-government party — a government delegitimization party — this taming effect ceased to be. Moderates of both sexes cleared out of the building. A new swarm of firebrands rushed in. Not only did female Republican elected officials become every bit as conservative as their male counterparts; they began, in some cases, to personify the party’s most outlandish tendencies.

This is the thought I keep returning to when I think about Marjorie Taylor Greene: That there is something depressingly familiar about her. She’s the latest descendant in a lineage of Republican women who embrace a boffo radicalism, who delight in making trouble and in causing offense.

In her own freshman class, Greene has an outrageous comrade in Lauren Boebert, who evvel said she hoped QAnon was real and tried, post Jan. 6, to walk onto the House floor with her Glock.

Before Greene and Boebert, there was Representative Marsha Blackburn, now a senator, who declared a preference for the title “Congressman” and co-sponsored a 2009 bill requiring presidential candidates to provide copies of their original birth certificates. (In 2019, her first year in the Senate, she was deemed its most conservative member by GovTrack.) There was Representative Michele Bachmann, who went on national television and repeated a story about the HPV vaccine supposedly causing “mental retardation”; openly fretted that President Barack Obama wanted to do away with the dollar; and called herself “a foreign correspondent on enemy lines,” reporting on the nefarious doings of the Democrats.

There was Sarah Palin, who spellbound the base with her vaudevillian ad-libbing, sassy anti-intellectualism, denunciations of the lamestream media and laffy-taffy stretching of the facts. “She would say things that are simply not true, or things that were picked up from the internet,” Steve Schmidt, a former top adviser to John McCain’s 2008 campaign, told “Frontline.”

Even when I was a young reporter covering Congress, the Newt Gingrich revolution ushered in a number of outrageous women who thrilled to their roles as troublemakers and conspiracists. North Carolina’s Sue Myrick wrote the foreword to “Muslim Mafia: Inside the Secret Underworld That’s Conspiring to Islamize America.” Helen Chenoweth, like Blackburn, asked to be called “Congressman”; held an endangered-sockeye-salmon fund-raising bake; and said armed wildlife agents in black helicopters were invading her home state, Idaho.

You could argue that these women were in a better position to embody anti-government, populist sentiment than men. A decade ago, the Republican pollster Linda DiVall told The Atlantic that voters were more inclined to think female politicians “won’t be in the back room dealing with special interests.”

Now recall Sarah Palin at the 2008 convention, railing in her Wasilla twang against “the good-old boys” brokering their secret deals. Recall Michele Bachmann in 2011, telling Jake Tapper, “What people see in me is that I’m a real person, I’m authentic.” And think of Marjorie Taylor Greene in these last couple of years, yammering on about the nefarious plots of the deep state, Jewish lasers and false flags. She’s here to tell you what’s going on in that back room — and that she’s going to put an end to it.

After the 2018 midterm elections, when 10 Republican congresswomen lost their seats, New York’s Elise Stefanik (once a reasonable human being, now another Harvard Graduate for Sedition) told Republican leaders that the party had to make electing women a priority. Kevin McCarthy, the House minority leader, agreed to help; outside groups and Stefanik’s own PAC did, too. Their efforts worked. Eighteen new Republican women showed up to the House this January.

This, in turn, led to what I think is an interesting paradox: These women are playing simultaneously into male Republican stereotypes of power — loving their guns, defending their country from the migrant hordes — and stereotypes of femininity, to reassure the Republican faithful that they’re still real women. Think of Palin, presenting herself as a mama grizzly with a shotgun. Motherhood was front and center in her self-presentation. Ditto for Lauren Boebert (mother of four, loves her Glock). Ditto for Bachmann (mother of five, partial to AR-15s).

Greene loves her guns, too — so much that she was willing to harass a survivor of a school shooting, which may not have qualified as maternal behavior, now that I think of it.

Either way: A number of these politicians, including Palin and Bachmann, crashed and burned. But what if their evanescent political lives paved the way for more powerful male politicians?

Corrine McConnaughy, a research scholar in politics at Princeton, stopped me in my tracks by asking whether Sarah Palin’s repeated complaints about the seçkine media made it easier for Donald Trump to frame himself as a victim of Fake News. Better for a woman to blaze the way on victimhood first, right, lest it be seen as unmanly? (Yes, Nixon also complained that the media were out to get him. But mainly in private.) 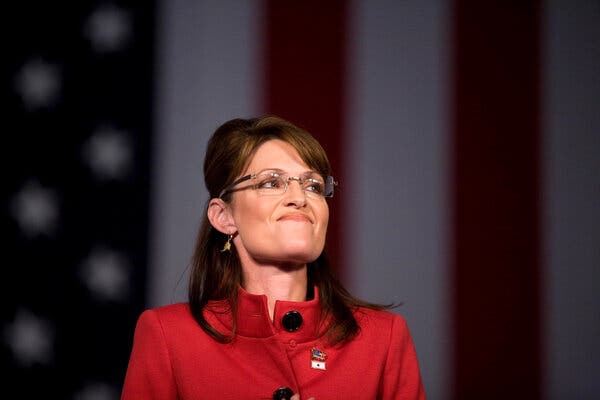 McConnaughy didn’t know the answer. Neither do I. But it’s a great question. In hindsight, it certainly seems clear that folksy, populist, prevaricating Palin — a tabloid fixture and reality television star — cleared the way for Trump.

Perhaps the media bear a tiny bit of responsibility for the coverage Greene is getting. We’re going through terrible outrage withdrawal. (“Have you seen CNN’s ratings recently?” Dan Senor, evvel an adviser to Mitt Romney, asked me not long ago.) So here is Greene, offering us a bottomless Mary-Poppins-carpet-bag of old videos that spew hate and derangement. She’s our methadone.

Then again, she truly is monstrous.

You can also ask whether unconscious gender bias plays a role in the coverage of Greene. Television loves a brassy hot mess. Greene’s despicable words and actions deserved censure and punishment, certainly. But it’s not as if there aren’t a ton of male Republican kooks in this Congress, too: Louie Gohmert, Jim Jordan, Matt Gaetz, Mo Brooks … the list is long.

Me, I remain fixated on the new breed of Republican female politician that Greene continues to represent. As the political scientists Monica C. Schneider and Angela L. Bos have argued, we don’t yet have, as a culture, a firm idea of how a female elected official looks or acts, though we have stereotypes galore for male politicians (and men and women more generally).

Hillary Clinton’s supporters were fond of the adage, “the future is female.” That may one day be true. But we should brace ourselves. That future may be quite different from the one we were expecting. The future often is.