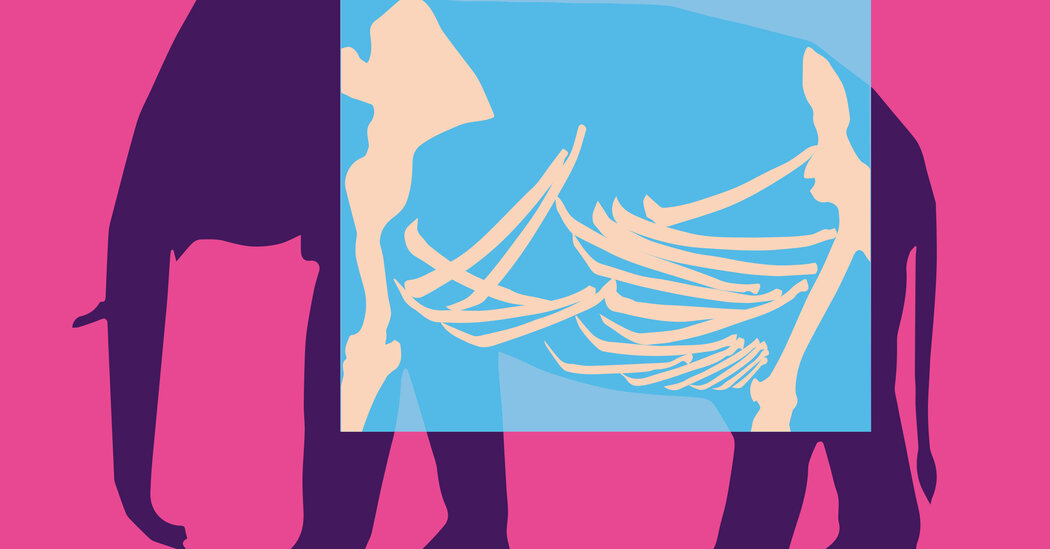 During the first of the three presidential impeachments in my lifetime, we contemplated the smudging of a blue dress. During the second, the smearing of a political rival.

During this one? The shrieking of a police officer as a mob crushed and bloodied him. It was rawer and uglier. So is America.

Republicans sought to define themselves as the caretakers of tradition, the guardians of propriety, the proudly old-fashioned champions of honor, order, patriotism and such. Clinton’s background, especially the accusations of infidelity, helped them do that. They turned him into a symbol of America’s turpitude. They reasoned that the more thoroughly they demonized him (and Hillary), the more persuasively they sanctified themselves.

Monica Lewinsky dropped into that crusade like a gift from the gods. What you saw on the faces of many Republicans as they discussed Clinton’s dalliance with her wasn’t indignation. It was glee, and it fueled the charade that men like Newt Gingrich — who was then the House speaker and was cheating on his second wife with the much younger woman who would become his third — were the bulwarks against moral chaos.

Chaos. That’s precisely what Donald Trump wrought. Not metaphoric chaos, but actual chaos, deadly chaos, on grueling, gutting display in the footage of Jan. 6 that House Democrats presented at his Senate trial. It showed rioters coming for lawmakers like lions for lambs. (“Hang Mike Pence!” “Naaaaaancy, where are you?!?”) It showed lawmakers fleeing for their lives. It showed stampeding, smashing, stomping, screeching.

It showed hell, or something close enough that when a majority of Republican senators shrug it off so that they can vote to acquit Trump, they will finally forfeit any claim to virtue or to “values,” a word that has long been their mantra. They will irrevocably lose all rights to lecture voters on such things. They will affirm that they, like Gingrich, were gaseous with hot air all along.

They’re fine with hell, so long as they’re re-elected.

The era of Trump has been the era of Republican unmasking, and many Republicans didn’t have their masks successfully affixed in the first place. But this trial and that footage left them nothing to hide behind. What Trump incited — the insanity of it, the profanity of it, the body count — represents the antithesis of everything that the party purported to hold dear.

Trump’s lawyers excused it and gave Republican senators their rationale for acquittal by talking about free speech, but that cast the president of the United States — the most powerful person in the world, entrusted with the security of his country — as just any old crank spouting off. It minimized his station. It trivialized the stakes. It also overlooked that it’s not OK to yell “fire” in a crowded theater, though Representative Jamie Raskin, a Maryland Democrat, reminded them of that, describing Jan. 6 as “a case where the town fire chief who’s paid to put out fires sends a mob not to yell ‘fire!’ in a crowded theater but to actually set the theater on fire.”

The lawyers also turned history on its head, essentially bookending Trump’s presidency by minting the precise sorts of “alternative facts” that Kellyanne Conway smugly heralded at the start. “Unlike the left, President Trump has been entirely consistent in his opposition to mob violence,” one of his lawyers, Michael van der Veen, said, scaling new summits of preposterousness. Trump blessed mob violence at his campaign rallies. He blessed mob violence in Charlottesville, Va. He’s against mob violence the way I’m against spaghetti carbonara. Which is to say that he thrills to it and eats it up.

Both before and during the Senate trial, Trump’s defenders asserted that there’s no clear causal link between his malfeasance and that police officer’s screams. But the House Democrats effectively destroyed that argument by documenting not only Trump’s words in the days, hours and minutes before the mob attacked but also his long, painstaking campaign to erode trust in democratic processes, so that if those processes didn’t favor him, his supporters were primed to junk them. He’s a study in slow-motion treason. Jan. 6 was simply when he slammed his foot down on the accelerator.

It was also, in retrospect, the climax that his presidency was always building toward, the inevitable fruit of his meticulous indoctrination of his base, his methodical degradation of American institutions, his romancing of right-wing media and his recruitment of the most ambitious and unscrupulous Republican lawmakers. At his behest, Josh Hawley, Ted Cruz and several other Republican senators promoted the lethal falsehood that the election was fraudulent, yet that didn’t disqualify them from sitting as jurors to render a foregone verdict on a man whose delusions they already endorsed. What a system. What a farce.

They were distracted, cavalier jurors at that. Rick Scott was seen studying and then fiddling with a map or maps of Asia. Dare we dream that he’s plotting his own relocation there? Hawley at one point moved to the visitors gallery above the Senate floor and did some reading there, his feet propped up, his lanky body a pretzel of petulance. What happened to Republicans’ respect for authority? What happened to basic decency and decorum?

Clinton was a supposedly unendurable offense against that, but then along came Trump, and Republicans decided that decency and decorum were overrated. Truth, too. Heck, everything that they claimed to stand for in the Clinton years was now negotiable, expendable, vestigial. Nothing was beyond the pale.

But that footage was beyond the pale. Did you really look at it, Senators Hawley, Cruz and Scott? Did you see the blood and the terror on that police officer’s face? Do you honestly contend that there’s no connection between Trump’s lies — refined over years, repeated incessantly and rendered in the most incendiary fashion possible — and the officer’s pain?

Do you sleep soundly at night?

On Friday, as the trial drew nearer to the moment when senators would render their verdict, President Biden was asked for his thoughts on the proceeding. “I’m just anxious to see what my Republican friends do — if they stand up,” he said.

What a generous statement. Trump brought these Republicans to their knees long ago. Stand? They can barely crawl at this point.