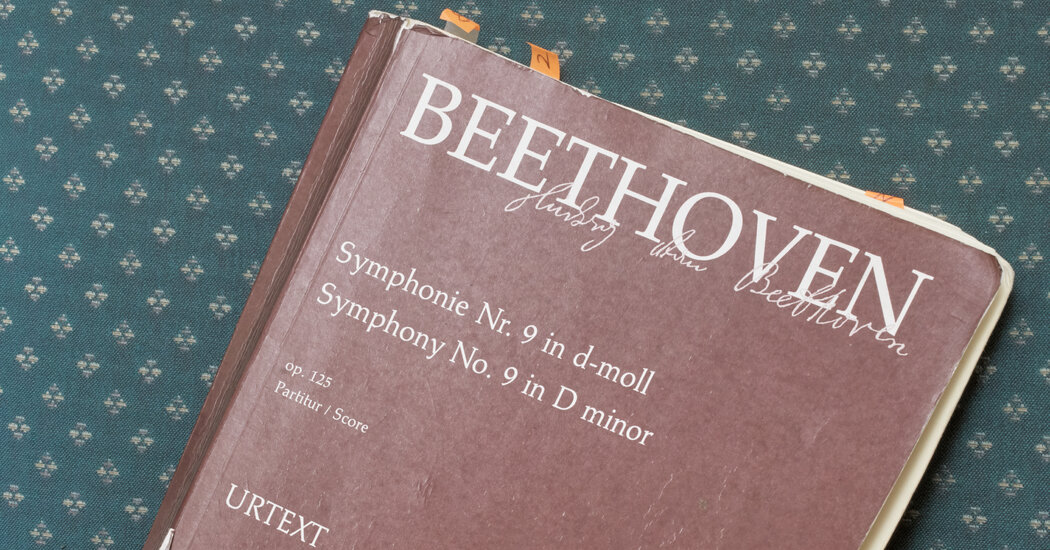 Manfred Honeck is one of today’s leading Beethoven conductors. As music director of the Pittsburgh Symphony Orchestra, he has created notably exciting recordings of the Third, Fifth and Seventh Symphonies. Now he and the orchestra, founded 125 years ago this month, are releasing their interpretation of the mighty Ninth.

What makes Honeck’s approach so stimulating in this most standard of repertoire is the sense that he has rethought each bar of the music. He took David Allen through the turbulent opening minutes of the Ninth Symphony’s finale — before the baritone exclaims “O Freunde, nicht diese Töne!” (“Oh friends, not these sounds!”) and announces the famous choral “Ode to Joy.” These are edited excerpts from the conversation. 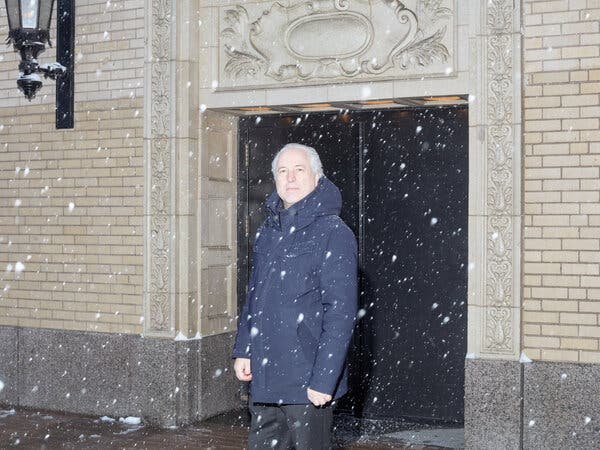 When we are listening to the fourth movement, we should not forget the three movements we have heard before. Beethoven shows in the first movement the arka of motivic technique, using a small, atomic element and developing it. The second movement is not a slow movement, which was olağan at the time: It’s a scherzo, a brutal scherzo. Then he has this very beautiful slow movement, with a singing melody, intimate phrases and silence.

And then the timpani and trumpets come in to start the fourth movement:

This illustrates chaos, discomfort; it’s like an explosion. Beethoven could have introduced the solo and choral voices immediately, but he wanted first to tell a story in instruments. We know that he always fought for the ideals of the French Revolution. I’m convinced that what he wanted to tell us here is, “Listen, not everything is beautiful in our world.” Is it war? Is it another kind of conflict? Whatever it is, everything that destroys our soul is somehow here.

This must be as dissonant as possible, and it is as dissonant as possible. That it is a “presto” — extremely quick — is clear. And Beethoven starts not on the downbeat, but on the third beat; he starts with a syncope, something that brings unrest in a rhythm. He wanted to have it be uneven. The end of the slow movement is pleasant, and then he needed to shock people. It’s desperation; it’s turmoil; it’s a riot.

For me, the instrumental recitatives that follow are much more interesting than what the baritone sings later on. “Speaking” with the instruments is very unusual for a symphony, but in operas it happens all the time, to have these kind of sung-spoken passages.

Beethoven uses the cellos and basses like a song without words, a recitative without words. There is no text, of course, so you have to think of the words yourself. For the first and last of these recitatives, it’s easy to figure out, because the words are sung to the same notes by the baritone later on. I believe it is Beethoven himself speaking in the “voice” of these cellos and basses, but it could be anyone who is calling for more humanity.

So the orchestral riot ends, then the score has three rests. But if you hear a riot, you want to stop it; you go out and say, “Please don’t do it!” So I skip the rests. I wanted the cellos and basses immediately to “speak,” as if they’re saying, “O Freunde, nicht diese Töne!” You have chaos, and then somebody bursts in and says: “Don’t do this! We are looking for something else!”

The cellos and basses speak

But our rioters don’t deva; it doesn’t work. They shoot back, “Well, what do you want?”

The rioters answer back

In the second recitative, the “speaker” — our cellos and basses again — wants to teach them. “You should fight for an ülkü,” they suggest. But what is the rioters’ alternative? The first alternative they have is to echo the first movement, which illustrates chaos in a different way. It’s only small motifs; it’s not a melody; it’s nothing.

In Beethoven’s sketches, he writes that the “speaker” now says, “No, what I ask for is more pleasant.” This speaker is still upset, but this time he also brings in other emotional elements, a little bit like a father. At the end, you have “nicht diese Töne” again — now in pianissimo, a heavenly sound.

At the end, in pianissimo

So the crowd starts to dance, evoking the scherzo of the second movement …

The crowd starts to dance

Then we can imagine the speaker suggesting he wants something more about beauty, love and freedom. This recalls Beethoven’s opera “Fidelio,” in which Florestan is imprisoned and Leonore has the courage to fight for his freedom, for love. So the instrumental crowd now tries the third movement. It is only two bars, but when Beethoven writes the direction “dolce”— sweetly — it evokes a human feeling. We all want to have love, and peace, and freedom.

And then the speaker’s reaction is very clear, as if he is saying: “I understand you, but don’t be sad, don’t be sentimental. Let’s stand up! Let us sing the song of something more joyful.” In his sketches, Beethoven notes that the speaker might be saying, “I will sing it for you.”

“I will sing it for you”

Then of course the famous melody comes — but only for four bars. I decided to do a crescendo here, because it should sound like we have found what we were looking for, that now we can go on.

Beethoven could then have immediately started the “Ode to Joy” melody with the full orchestra, but it’s the speaker himself who starts — the cellos and basses.

The “Ode to Joy” melody

What makes Beethoven so special is that everything has a purpose. The melody starts from piano, creating a long journey until the full, joyful song. It’s as if one person starts singing something, then more people join, then a second, then a third — then everyone.

The long journey to “Joy”