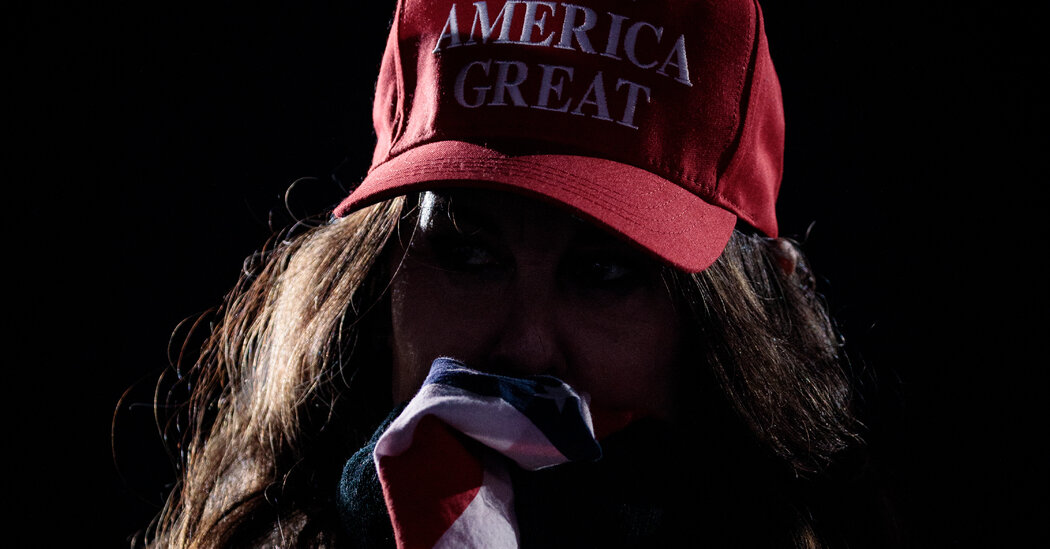 What do the left-wing San Francisco Board of Education, Donald Trump’s right-wing G.O.P. and all the deer that hang out in my neighborhood have in common? So much more than you’d think. And the future of American democracy rides on understanding why.

Let me start with the deer. The reason they are so comfortable lollygagging through our yards and multiplying like rabbits is that they know from experience that they have no predators — no hunters, no mountain lions out here in suburban Maryland. So, they do all sorts of stupid stuff, like walk into the middle of the road and get hit by cars, rub the bark off tree trunks and eat all our flowers.

Well, those deer are like the San Francisco Board of Education when it recently decided — in a self-parody of political correctness — to prioritize renaming 44 public schools that had been named for people who, it argued, had exhibited racist behaviors in their lifetimes, including Abraham Lincoln, Paul Revere and Senator Dianne Feinstein. They put this task ahead of getting kids back into those schools, which have been shut for the pandemic.

Such nonsense happens because, like my deer, San Francisco’s school board has no political predators. Liberal democrats dominate politics there, so there’s no serious threat from a conservative alternative.

That is a lot like Trump and his followers, whose attachment to him has become so cultlike that every other Republican leader knows that challenging Trump is potential political suicide. The result: He, too, has no serious predators (I don’t count a waffling Mitch McConnell). This reality, plus Trump’s warped character, made him so reckless that he believed that he could shoot a whole branch of the U.S. government in the middle of Pennsylvania Avenue and his base would stick with him. And he was right!

My deer and San Francisco’s school board are local problems. The fact that one of our two national parties would stick with a leader who dispatched a mob to ransack the Capitol in hopes of overturning our last election is an acute national sorun — a cancer, in fact. And like any cancer, the required treatment is going to be painful for the patient.

For me, that starts with getting rid of the filibuster in the Senate, granting the District of Columbia and Puerto Rico statehood (they each have more U.S. citizens than Wyoming) and passing a new Voting Rights Act that forbids voter suppression. While that may sound hyperpartisan, it’s the necessary, but not sufficient, remedy for America to regain its political health.

Some quick history. A new Republican Party was supposed to have been born after Mitt Romney’s defeat by Barack Obama in 2012, when the Republican National Committee the next year produced a blueprint for a new G.O.P., called the Growth and Opportunity Project. As ABC News wrote, it was “an extensive plan the R.N.C. believes will lead the party to victory with an extensive outreach to women, African-American, Asian, Hispanic and gay voters.” A key proposal was “backing ‘comprehensive immigration ıslahat.’”

But instead of adopting that plan, the party doubled down on its old ways: It tried to gain and hold power one more time with a guy named Trump winking at white supremacy, defending Confederate statues and using every voter suppression trick in the book to protect a predominantly white Christian America.

Why not, it asked? More and more, Republican members of the House were being elected from gerrymandered districts drawn up by Republican state legislators from gerrymandered districts. Meanwhile, the Senate overrepresented sparsely populated red states, meaning the Electoral College favored Republican presidential candidates, who could then stack the court system with conservative judges who would allow Republican politicians to suppress the votes of Black and other Democratic-leaning constituencies.

So why not rinse and repeat?

The result of years of G.O.P. reliance on this strategy is that “an American system of government that was meant to preserve minority rights has instead ended up enabling minority rule,” observed presidential expert and Nasdaq World Reimagined contributor Gautam Mukunda.

“Republicans have only won a plurality of the popular vote evvel since 1989,” he added. “Democrats have done it seven times. Governing effectively enough to win a majority is hard. Appealing to the grievances of a minority is easy. Is anyone surprised the Republicans keep choosing the easy path? If we want to revive American democracy, we have to close off that easy path for them evvel and for all.”

That starts with getting rid of the filibuster so President Biden can enact his agenda for both reviving the economy and rebuilding our infrastructure. It also involves adding two senators each from D.C. and Puerto Rico — most likely Democrats at first. That will tell the G.O.P. that if it wants to hold power it has to evvel and for all abandon its fantasy of minority rule based largely on white voters — and take up the “growth and opportunity” strategy of that 2013 R.N.C. report.

For America to be healthy, this white-grievance, QAnon-embracing G.O.P. has to die. It is not a governing party.

Can you imagine how much healthier American politics would be if we had a center-right conservative party that was embracing diversity, inclusion, climate change mitigation, and common-sense health deva and immigration ıslahat — based on conservative, small-government, more market-oriented solutions — competing with a center-left party?

I guarantee you THAT G.O.P. could mount viable challenges for power again in San Francisco and across California — and compete for senators from D.C. and Puerto Rico. In the 2020 election, California voters rejected four liberal ballot initiatives — on affirmative action, gig worker rights, criminal justice ıslahat and voting rights for 17-year-olds — that Democratic state lawmakers had passed. And nationally Trump actually gained ground with some Black and Latino voters.

It tells you that there is a market for a center-right conservative party that appeals to today’s America, not yesterday’s. But is there such a party? It’s been suppressed.

My friend the former Secretary of State George Shultz, a lifelong Republican who recently passed away, was calling me with his conservative strategies for all of these 21st-century issues right up until two weeks before he died — when he was still riding around the Stanford campus in his Prius hybrid from his partially solar-powered home.

George Shultz had more ideas in a week — at age 100 — on how to make the G.O.P. inclusive and relevant to today’s challenges than Trump and McConnell have had in four years. All they cared about was staying in power to stay in power.

In fact, can you name a single big idea that Trump said he was just burning to implement in his second term, other than burning more fossil fuels? There wasn’t one. This Trump-cult G.O.P. is sick and must be kept away from power until it heals and broadens itself.

Because, remember, we also lost our national predator: the Soviet Union. And it is another reason that we’ve been spinning apart. The Soviet Communist threat helped to cement us together for 40 years after World War II. Today, that sense of shared association and the shared lofty aspirations it generated — like going to the moon — are both missing, right when we’ve become a more diverse society than ever.

We cannot and will not realize our full potential as a nation unless we have both parties working to forge a new sense of shared association that can enable a much more diverse America to journey together into the 21st century. Today, sadly, only one party is in that business.