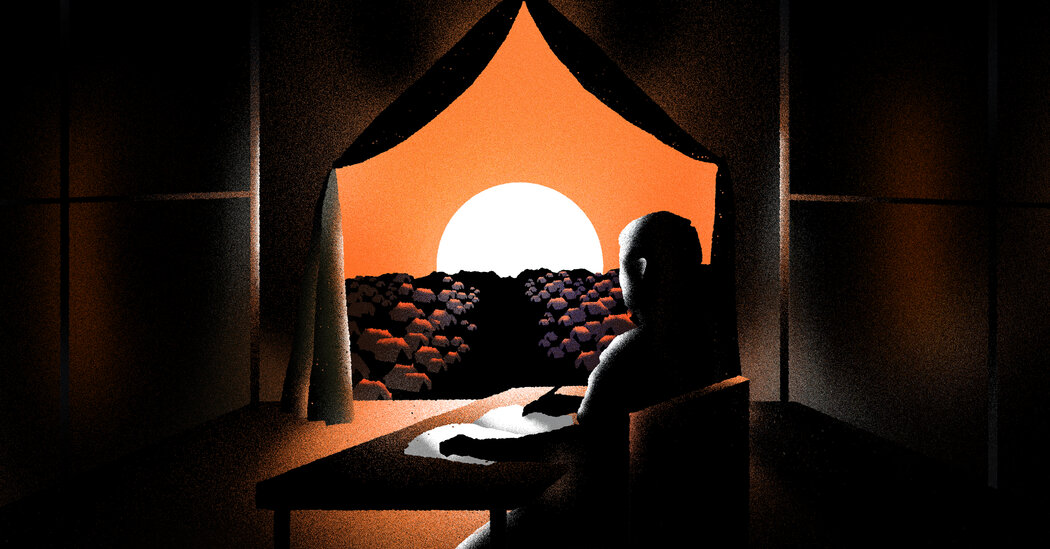 COX’S BAZAR, Bangladesh — I have been living in a refugee camp here since 2017, after the campaign of murder, rape and arson by the military in Myanmar forced more than 750,000 people from the Rohingya community to flee our homes in Rakhine State. Since the military coup in Myanmar on Feb. 1, our camp has been abuzz with conversation and even more uncertainty about the future. Gen. Min Aung Hlaing, who ordered the genocidal violence against us, has taken charge of the country.

Protests against the coup have spread across Myanmar, and I have been scanning news reports and social media posts about the gatherings — which have continued for days, some bringing together thousands of people — to find out whether the coup was making my countrymen rethink their indifference. I have been hoping to hear a few words about our predicament, about our future, as they speak about democracy and democratic rights.

I looked at dozens of posts and images, and eventually I found one photograph, a young man on a street in Myanmar holding a banner that read: “I Really regret abt Rohingya crisis.” I found a few reports of a very small number of people in Myanmar expressing their regrets over supporting or defending the violence against the Rohingya. But I couldn’t find any leaders from Daw Aung San Suu Kyi’s National League for Democracy saying a word about the place of the Rohingya in the democratic system they are demanding.

I was born in a Rohingya family in Maungdaw, a town in Rakhine State, in 1991. Decades before I was born, the military curtailed our rights and dismissed us as culturally and racially different Bengali yasa dışı immigrants. In 1982, it passed a law to effectively deny us citizenship. Being a Rohingya in Myanmar meant living carefully and being resigned to limited access to education, health deva and other social services.

Yet I always found a glimmer of hope when I heard my grandfather speak admiringly of Ms. Aung San Suu Kyi and her party, which he had formally joined. He would tell me how he welcomed N.L.D. campaigners into our home by slaughtering the biggest cow in our herd when the military allowed national elections to be held in 1990.

He would speak of leaving home for days, campaigning in other villages, persuading our people to vote for the N.L.D. (The military ignored her victory and placed her under house arrest until 2010, when a quasi-democratic transition began.)

In the 2015 election, my family and other Rohingya still put our faith in Ms. Aung San Suu Kyi and the N.L.D., hoping she would help end the discrimination and violence we faced. But when the Rohingya arrived at the polling booths, we were turned away and denied the right to vote. Ms. Aung San Suu Kyi refused to speak about our disenfranchisement.

The N.L.D. won in a landslide, but things only got worse for us. The deep-seated prejudice the Buddhist majority had for us only intensified after the quasi-democratic opening, as if a lid had been removed. By that time, internet service was widely available and cheap, and every third person in the country started using Facebook. The rhetoric, the hate and the violence against us was amplified after ultranationalist Buddhist monks and the military started hate campaigns against us on the social network. Every day I logged in I came across hateful posts calling us “Kalar,” “Bengalis” and “Terrorists.” The exhortations to kill us followed.

Ms. Aung San Suu Kyi and her government looked the other way.

And then, in 2017, the military crackdown came. Thousands of Rohingya civilians were killed, and hundreds of women and young girls were raped. On Aug. 28, 2017, my parents and I were at home in Maungdaw when dozens of military trucks arrived and the soldiers formed a cordon around our village.

My parents and I hid by a creek. We watched our friends and neighbors being shot by the soldiers and our village set on fire. I couldn’t muster the courage to look back at my burning home, but I watched the flames rising high in the sky. We crossed the Bay of Bengal in boats to seek refuge and safety. 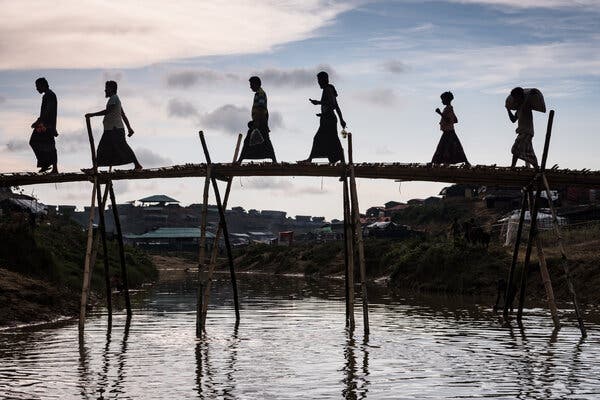 In our refugee camp in Cox’s Bazar, I live with my family of seven in a 16-foot tarpaulin structure. More than 100,000 people are crammed in a square mile.

There have been protests in the refugee camp against the military coup, but no tears are being shed for Ms. Aung Saan Su Kyi, who has defended the military and its genocidal violence.

After the coup, General Min Aung Hlaing spoke about his intention to bring back Rohingya refugees from Bangladesh. We have no faith in him. He talked about our repatriation for the benefit of the United States and the European Union, to avoid sanctions.

The general has already deployed troops from the military’s light infantry divisions — the forces that carried out the genocidal violence against us — in Yangon.

I fear for the terrible violence to come and worry about the fate of the 600,000 Rohingya who are still living in Myanmar. Thousands of them are confined to camps in Rakhine State. I managed to reach one of my friends, who still lives in my hometown, by phone.

“The military has banned Facebook, WhatsApp and other social media,” he told me. “Markets and shops are closed. Mosques have been shut down in Maungdaw after the military coup.

“No one goes outside. We are extremely fearful. We do not know what can happen next.”

Mayyu Ali (@AliMayyu), a Rohingya poet and activist, is the author of “Exodus,” a collection of poems.