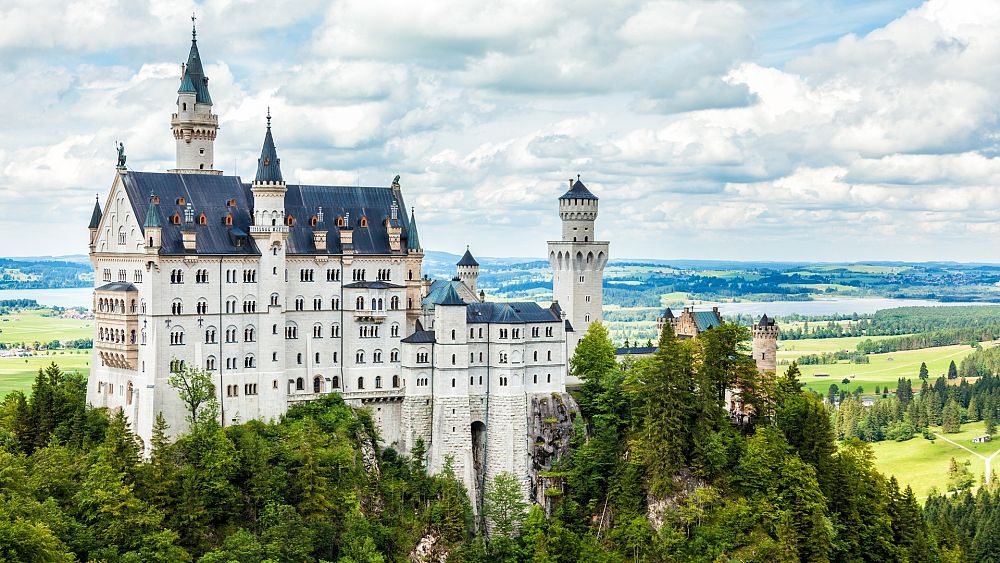 I often tell people there are two versions of Germany. One is the pulsing nightlife of Berlin in the north, the other the quaint fairytale-towns of Bavaria in the south.

Even the more built-up capital of Bavaria, Munich, is filled with pastel-coloured churches and palace buildings. The picture-perfect cobbled streets look like something straight out of a Disney film and the further you venture into the countryside, the deeper you plunge into your very own Märchen.

Trust me, it’s better than Disneyland.

If you want to feel like a real-life princess, the best place to start is Odeonsplatz in Munich. The vast square gives you a view straight down a huge avenue to one of the original gates to the city, with columned buildings framing the street.

To the left, the Marienkirche (St Mary’s Church) looms over you, with its twin domed towers visible from almost anywhere in the city. Opposite, the facade of the former palace of the Bavarian royal family, the Munich Residenz, is on display, with its water gardens rolling out in front. In summer, violinists play as visitors stroll through the flowery paths, and in winter, snow caps the top of statues with icy hats.

Emerging back out onto the square, the bustle of the city catches back up with you, but the cobbled streets and horse-drawn carts that trundle through the city still capture the mood of a fairytale.

In the colder months, when every street corner has a roasted chestnut stall and mini Christmas markets are found on every square, there’s no better place for some wintery escapism. Munich’s location, so close to the foot of the Alps, means snow is usually on the cards, and the city never looks better than when it’s dusted in white.

Even once you’ve had your fill of the city’s sights, the romantic adventure doesn’t need to end. Just a few hours train ride away from the city is Neuschwanstein Castle, one of the palaces that inspired the actual ‘Cinderella Castle’ at Disneyland.

As soon as you arrive in the town of Hohenschwangau below the castle itself, you’ll see the resemblance immediately. Pointed turrets poke out of the top of the forest covering the mountain it stands on, offering you quick glimpses as you start the 20-minute climb. The higher you get, the more you can see of the white and grey palace.

The winding path is lined with evergreen trees, but every now and then they fall away to reveal stunning views of a patchwork landscape, giving you an opportunity to catch your breath as you take in the view.

At this stage, you even get two castles for the price of one, with views of Hohenschwangau Castle too and its lake down below. Swans can be seen gliding over the crystal waters – the namesakes for both the village and the castle, with Schwan meaning swan in German.

When you finally reach the summit of the mountain and the base of Neuschwanstein Castle itself, it’s much larger than it seems from the bottom. Once a countryside retreat for the Bavarian royal family in the times before Germany was even founded as a unified country, the walls hold countless stories of the reclusive Prince Ludwig II and his mysterious death by the lake.

From the outside, however, it’s simply a beautiful sight to see, but best enjoyed in winter, when snow weighs down on the slate grey roof and some paths are made impassable by thick sheets of ice.

The best view of the palace can be found if you’re willing to walk a further ten minutes, climbing slightly higher than the building itself. Marienbrücke, or Mary’s Bridge, stretches across a drop of several hundred feet, with the palace itself jutting out below. You can best see the intricate details on the turrets and the precarious location of the palace, right on the edge of a steep cliff.

It took 300 workers over 20 years to build the palace to the ever-changing whims of Prince Ludwig, who died just 172 days after moving in. His chopping and changing about the details of its design mean that all the rooms inside feel slightly different, capturing each and every fancy of the long-dead prince.

Nonetheless, his picky tastes paid off, leaving behind a spectacular castle that has become Germany’s most visited tourist attraction. In the winter months, it’s relatively quiet, with fewer tourists braving the climb. For those that do, a beer garden halfway up serves piping hot traditional Bavarian snacks.

The trees stay green and leafy in winter, weighed down by the heavy snow. You’d be forgiven for thinking you walked onto the set of a Disney movie, especially when it begins to snow and the swirling white clouds circle the fortress.

Whether you spend time in the city itself, or venture out into rural Bavaria, you can truly escape the modern world and live in a medieval fantasy for a while.